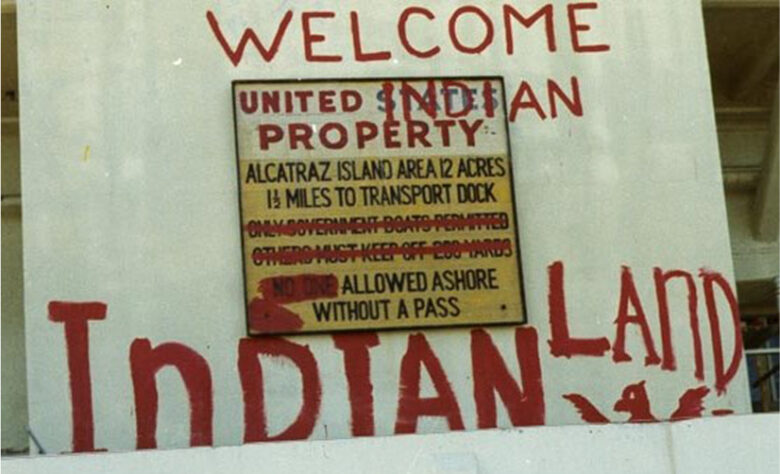 In the mid-1960s, a younger, more radical generation of American Indian leaders emerged. The new generation embraced the term “Red Power” and sought to use the media to draw attention to the plight of American Indians and to call for Indian self-determination, that is, self-governance and decision-making on issues that affected their own people rather than falling under the jurisdiction of the U.S. government.

No protest attracted more media attention than the 1969 takeover of Alcatraz Island in San Francisco Bay, led by the group Indians of All Tribes (IAT). On November 9, 1969, a small group from IAT symbolically claimed Alcatraz Island for the Indian people and, on November 20, began a full-scale occupation. Most of the occupiers were American Indian students, many from University of California, Los Angeles. For a time, the media covered the story closely, and social activists visited the island to lend their support. Internal power struggles plagued the occupiers as time wore on, and in 1970, the U.S. government ordered all electrical power to be shut off and removed the island’s fresh water supply. Most occupiers slowly left the island, and, on June 10, 1971, federal marshals, Federal Bureau of Investigation (FBI) agents, and special forces police removed the remaining five women, four children, and six men. The IAT issued the following proclamation in November 1969 to announce their intentions for the occupation.