Schenck distributed leaflets urging recently drafted men to resist the draft. He exhorted draftees to resist the draft because the Thirteenth Amendment prohibited “involuntary servitude” in the United States. He condemned the federal government, the war and the draft with very strong language, but he advocated only peaceful resistance. Schenck was charged with violating the Espionage Act of 1917, which made it a crime to, among other things, “obstruct the recruiting or enlistment service.”

Schenck challenged his conviction on First Amendment grounds. His case went to the Supreme Court, which had to consider if freedom of speech is an absolute right and, if not, under what circumstances it may be limited in wartime.

What restrictions can be placed on the First Amendment’s right to free speech? This video asks students to explore this question and the landmark case of Schenck v. United States. 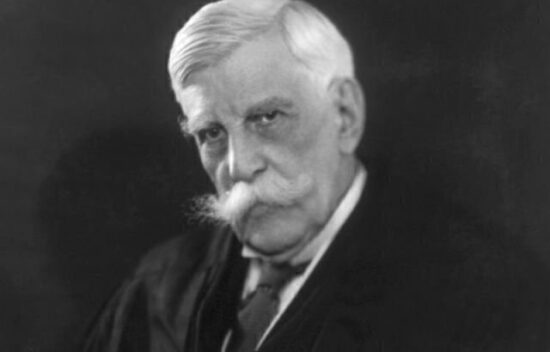 Use this Lesson withThe Espionage Act of 1917 Primary Source to explore how domestic groups who spoke out against U.S. involvement in World War I were treated. Facilitation Notes: Students should know how to approach primary sources, as well as some factual background regarding the events and time period of World War 1. 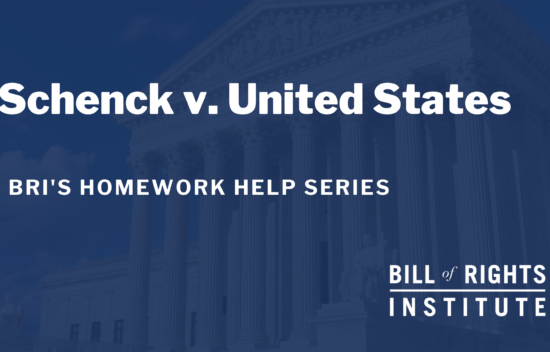 Schenck v. United States was a Supreme Court Case that explained some limits to the Freedom of Speech afforded by the First Amendment. During World War I, the US instituted a military draft. Many people released anti-war and anti-government information due to their displeasure with the draft. Charles Schenck, an anti-war socialist, was arrested by the Federal Government for circulating a pamphlet encouraging men to resist the draft and violating the Espionage Act of 1917. The Supreme Court ruled that wartime circumstances changed the rules related to free speech and resulted in the “Clear and Present Danger” rule.