To create a context for this lesson, students complete Constitutional Connection: Electing The President.

Have students read Handout A: Rutherford B. Hayes and the Disputed Election of 1876 and answer the questions.

Have five students present the brief role play in Handout B: Setting the Scene.

Go over the questions from Handout A and clarify any questions students have.

Have students work in small groups to skim the parts of The United States Constitution that pertain to the election of the President in 1876: Article II and the Twelfth Amendment.

Ask students: According to the Twelfth Amendment, who is responsible for the actual counting of the votes? Who has the authority to decide, in the event of a dispute, which set of votes to count? The Amendment is not clear about who counts the votes. It might be reasonably inferred that, since the President of the Senate is directed to “open all the certificates,” he has the authority to decide which set of votes to count.

Have students remain in their small groups to brainstorm responses to the questions on Handout C: What Would You Do?

Have students share their responses to the last two questions and have the class vote on the best solution.

Have students complete Handout D: Tilden’s Response to the Election. Next class, have students share their paraphrases, as well as their responses to question eight.

Historians still debate whether Hayes entered office rightfully. A similar set of questions reappeared in 2000, when the nation faced another close election with a controversial settlement. Have students research the presidential elections of 1876 and 2000. How did the political solution devised in 1876 result in a political outcome? Contrast the process and solution in 1876 with those in 2000.

Cartoonist Thomas Nast chronicled the developments of the campaign and election of 1876 in Harper’s Weekly. Use the materials available at elections.harpweek.com/09Ver2Controversy/cartoons-list.asp?year=1876 to review Nast’s approach to the events. Have students select two or three cartoons they believe would be most important to tell the story of the election of 1876. Then challenge students to create their own cartoons.

Handout A: Rutherford B. Hayes and the Disputed Election of 1876

Handout B: Setting the Scene (Election of 1876) 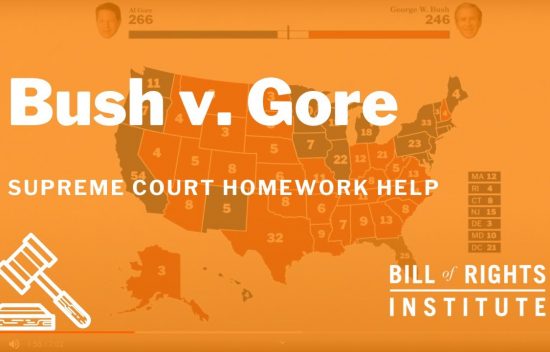 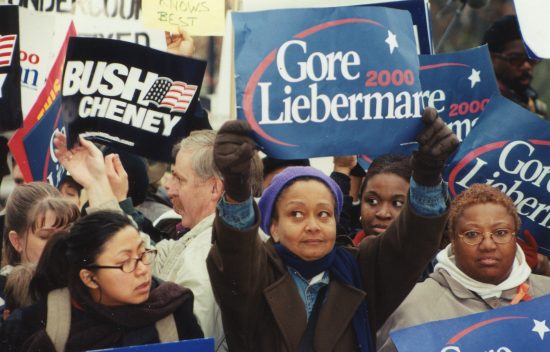 The controversy of the election of 2000, unlike the elections of 1800 and 1824, was not at the national level but in a single state. After the United States Supreme Court halted a statewide manual recount ordered by the Florida Supreme Court, Florida’s electoral votes—and the Presidency—went to George W. Bush. In this lesson, students will explore the statutes, arguments, and court decisions that led to the Supreme Court’s ruling. Finally, they will evaluate the Court’s decision.