James Madison’s slight stature and reserved personality gave little indication of the keen intellect and shrewd nature of the man. Perhaps no other person of the Founding generation had as much influence as he in crafting, ratifying, and interpreting the United States Constitution and the Bill of Rights. A skilled political tactician, Madison proved instrumental in determining the form of the early American republic.

Madison’s political theory was founded upon a realistic view of human nature. He believed that men in society tended to form factions, defined as groups that promoted their own interest at the expense of the rest. Factions posed a special problem for democratic societies because a faction composed of the majority of the people could easily oppress the minority. To combat this, as he argued in Federalist Paper No. 51, power must be set against power, “ambition must be made to counteract ambition.” Madison therefore favored the separation of powers within the central government and a division of power between the national and state governments. This latter concept, federalism, was a radical idea in the late eighteenth century. Few people at the time believed that power in a nation could be divided between two levels of government, each supreme in its own sphere.

Madison believed that safety lay in numbers. The more heterogeneous the society, the less chance there would be for any one group to combine with others to form a faction of the majority. Though ancient philosophers had argued that only small republics could survive for a long period of time, Madison believed the opposite. A large republic could encompass many different groups and different interests—economic, religious, and social— and thereby provide a safeguard against the tyranny of the majority.

Ask students if a larger school would reduce the problem of faction, as Madison would have predicted. If so, why? If not, why not?
Answers will vary.

Have the students create a list of at least five factions at their school. They should also describe in one to three sentences how each faction infringes on or threatens the rights of other students/groups or undermines the ability of the school to educate students.

Some people today would argue that certain contemporary special-interest groups fulfill Madison’s definition of a faction. Some groups are listed below.

People for the Ethical Treatment of Animals <http://www.peta.org/>.

Americans United for the Separation of Church and State <http://www.au.org/>.

People for the American Way <http://www.pfaw.org/pfaw/general/>.

Handout C: In His Own Words: James Madison on the Problem of Faction 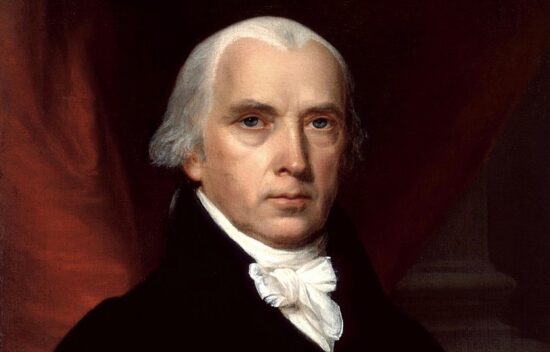