Although he was the old sage of the American Revolution and the Founding generation, Benjamin Franklin’s considerable work in the areas of journalism, science, and invention often obscure his many contributions to the creation of the Constitution and protection of American freedoms. His stature was second only to George Washington in lending credibility to the new federal government, and his wisdom helped ensure the structural stability of what is now the oldest written constitution still in force in the world.

Franklin’s Albany Plan of 1754 was the first formal proposal for a union of the English colonies. Though it failed to gain the requisite support, it signaled the colonies’ desire to be more independent of the mother country. Also, the Albany Plan’s federal system of government in some ways foreshadowed the political system created by the Constitution three decades later.

Franklin was also an early opponent of slavery who feared that the institution would corrode the cords of friendship among the new American states. Despite his abhorrence of the slave system, however, Franklin was willing to compromise on the issue at the Constitutional Convention, and he remained optimistic about the young nation’s prospects.

Have the students come together as a large group and share their answers to Handout C.

Franklin reflected many years later on the consequences of the rejection of the Albany Plan:

On Reflection, it now seems probable, that if the foregoing Plan or some thing like it, had been adopted and carried into Execution, the subsequent Separation of the Colonies from the Mother Country might not so soon have happened, nor the Mischiefs suffered on both sides have occurred, perhaps during another Century. For the Colonies, if so united, would have really been, as they then thought themselves, sufficient to their own Defence, and being trusted with it, as by the Plan, an Army from Britain, for that purpose would have been unnesessary: The Pretences for framing the Stamp-Act would not then have existed, nor the other Projects for drawing a Revenue from America to Britain by Acts of Parliament, which were the Cause of the Breach, and attended with such terrible Expence of Blood and Treasure: so that the different Parts of the Empire might still have remained in Peace and Union. But the Fate of the Plan was singular. For tho’ after many Days thorough Discussion of all its Parts in Congress it was unanimously agreed to, and Copies ordered to be sent to the Assembly of each Province for Concurrence, and one to the Ministry in England for the Approbation of the Crown. The Crown disapprov’d it, as having plac’d too much Weight in the democratic Part of the Constitution; and every Assembly as having allow’d too much to Prerogative. So it was totally rejected.

Handout C: In His Own Words: Benjamin Franklin and the Albany Plan of Union 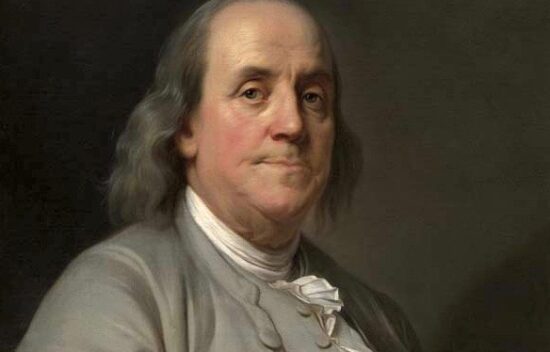 Franklin’s considerable work in the areas of journalism, science, and invention often obscure his many contributions to the creation of the Constitution and protection of American freedoms.