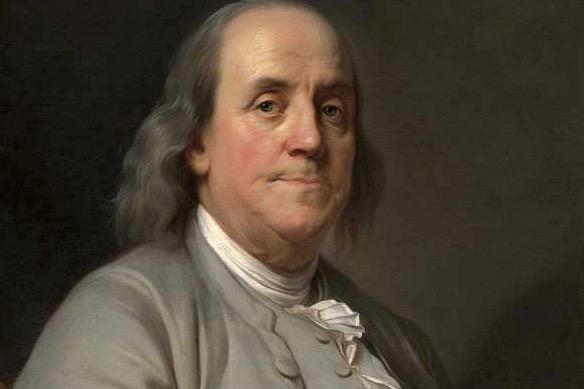 Although he was the old sage of the American Revolution and the Founding generation, Benjamin Franklin’s considerable work in the areas of journalism, science, and invention often obscure his many contributions to the creation of the Constitution and protection of American freedoms. His stature was second only to George Washington in lending credibility to the new federal government, and his wisdom helped ensure the structural stability of what is now the oldest written constitution still in force in the world.

Franklin’s Albany Plan of 1754 was the first formal proposal for a union of the English colonies. Though it failed to gain the requisite support, it signaled the colonies’ desire to be more independent from the mother country. Also, the Albany Plan’s federal system government in some ways foreshadowed the political system created by the Constitution three decades later.

Franklin was also an early opponent of slavery who feared that the institution would corrode the cords of friendship among the new American states. Despite his abhorrence of the slave system, however, Franklin was willing to compromise on the issue at the Constitutional Convention, and he remained optimistic about the young nation’s prospects.

Franklin began writing an Autobiography in 1771 while he was living in England. The account of his life ends at age 51 (1757), well before the American Revolution, so the book does not discuss the Founding period or the Constitution. It chronicles the first half-century of his life and contains the author’s reflections on life, literature, religion, and philosophy.

“We must all hang together, or assuredly we shall all hang separately.” – 1776 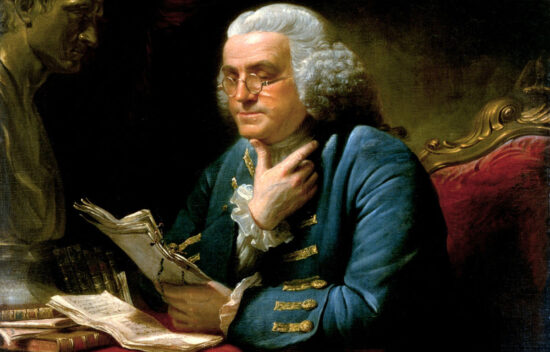 In this lesson, students will study the life of Benjamin Franklin. Students will learn about Franklin's contributions to his community and country, evaluate the Albany plan, analyze Franklin's efforts oppose slavery, and much more.