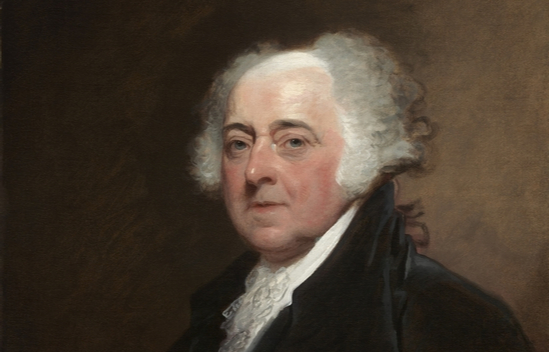 John Locke, whose political philosophy helped to inspire and justify the American Revolution, explained that the first people to form civilizations left behind the perfect freedom of the state of nature in order to secure the liberties that mattered most. These, he believed, were the essential rights to one’s life, liberty, and property. The Founders agreed. Benjamin Franklin once opined that “those who would give up essential liberty to purchase a little temporary safety, deserve neither liberty nor safety.” Thomas Jefferson, perhaps paraphrasing his friend, wrote that “a society that will trade a little liberty for a little order will lose both and deserve neither.” Each of these men seemed to recognize that times of tumult and perceived danger pose threats to fundamental freedoms at least as great as those that imperil America’s security. This is especially the case in times of war, when peaceful processes such as diplomacy give way to the use of force. The belief that those who oppose American foreign policy support America’s mortal enemies often results in the chilling of public discourse and the suppression of actual and even suspected dissenters.

Franklin and Jefferson understood that many different forms of government could squelch opposition to the country’s best interests. They also recognized that the regimes best equipped to achieve this aim would be, almost by definition, the most dictatorial and oppressive. The United States, they believed, should aim less to subjugate the opinions of Americans than to implement processes that channeled, moderated, and refined opinions into laws consistent with not only the common good but also the government’s fundamental purpose, which was, as they and their Continental Congress affirmed in the Declaration of Independence, the preservation of “certain inalienable rights” such as “life, liberty, and the pursuit of happiness.” The Revolutionary generation stood so committed to this premise that in 1791, less than a decade after the successful completion of the War for Independence and three years after the enactment of a new federal Constitution, its members ratified the First Amendment, which affirmed that “Congress shall make no law … abridging the freedom of speech, or of the press; or of the right of the people peaceably to assemble, and to petition the government for a redress of grievances.” The Bill of Rights was only seven years old, however, when Congress joined with the administration of John Adams in passing the 1798 Alien and Sedition Acts. These laws made it a crime—punishable by fines up to $2,000 and prison terms up to two years—to publish “false, scandalous, and malicious writing” intended to bring “into contempt or disrepute” the president or Congress. They also extended from to fourteen years the residence requirement for the naturalization of resident aliens and allowed the president to imprison or deport any citizens of hostile nations residing in the United States as well as unnaturalized aliens from friendly nations who he considered “dangerous to the peace and safety of the United States.” Intended to strengthen the hand of the national government as it waged against France an undeclared “Quasi-War,” these provisions also aimed to weaken Adams’s Jeffersonian Republican opponents.

Adams felt some reluctance in signing off on these measures. In the end, he did so in an attempt to mollify partisan allies who wished for a formal declaration of war against France, which he feared would compromise the new nation’s independence, lead to the loss of life, and burden the treasury. His actions inflamed the resistance of his opponents, however. Jefferson and James Madison, the “father” of the Bill of Rights, drafted for the legislatures of Kentucky and Virginia, respectively, resolutions questioning the constitutionality of the measures and calling on other states to join with them in protest. In the end, Adams succeeded in making peace with France, a fact that alienated many Federalists and, together with public hostility to the Alien and Sedition Acts, contributed to his loss of the presidency to Jefferson in the election of 1800. The law regarding sedition expired on the day that Jefferson took the oath of office.

While Jefferson’s inauguration concluded one of the earliest crises in American civil liberties, the election of Abraham Lincoln in 1860 prompted a Civil War that helped to provoke further challenges to the Bill of Rights. Lincoln, a northern Republican who wished to halt the spread of slavery to new territories, was not even on the ballot in ten southern states. By the day of his elevation to the presidency, seven states had withdrawn from the Union. Some have argued that Lincoln’s first and most consequential transgression against civil liberties was his refusal to recognize the right of secession. The Constitution did not expressly preclude states from withdrawing freely; had it done so, it is doubtful that any would have ratified it. Alexander Hamilton, in the Federalist Papers, argued that states could feel confident joining the union because they always could withdraw if they wished. Jefferson, in the aftermath of the Hartford Convention, declared that “if any State in the Union will declare that it prefers separation … to a continuance in the union … I have no hesitation in saying, ‘Let us separate.’” Lincoln’s refusal to recognize the secession of South Carolina—and his consequent refusal to withdraw US troops from Fort Sumter in Charleston harbor—prompted the southern artillery attack that began the Civil War and precipitated the secession of Virginia, North Carolina, Tennessee, and Arkansas.

Maryland, another slave state, seemed poised to join the Confederacy as well. Had Maryland seceded, the US capital would have been surrounded by the Confederate States of America. To forestall the secessionist movement there and in other border states, Lincoln invoked the clause of the Constitution that allowed Congress, which was not in session, to revoke habeas corpus “when in cases of rebellion or invasion, the public safety will require it.”

Free to incarcerate suspected secessionists without charging them with violating any law or providing any evidence that they had done so, US civil and military authorities oversaw the arrest of 13,000 Americans, including John Merryman of Maryland. Roger Taney, Chief Justice of the US Supreme Court, issued a writ of habeas corpus commanding military officials to present Merryman to a magistrate who would determine if there was cause to hold him. When Merryman’s captors refused, Taney ruled unconstitutional Lincoln’s suspension of normal legal procedures. Lincoln refused to recognize this decision. He also refused to do anything to stop the shuttering of many anti-war newspapers, including a handful that his administration directly ordered shut down.

While Lincoln is best remembered as a great emancipator, by his own admission the principal objective of the Civil War—at least the initial one—was to preserve the Union. “If I could save the Union without freeing any slave I would do it,” he wrote in 1862, “and if I could save it by freeing all of the slaves I would do it; and if I could save it by freeing some and leaving others alone I would also do that.” For him, the United States was not merely a means to an end greater than itself but an end in and of itself. Liberty mattered, but the Union—which he viewed as the best arrangement for the protection of the people’s liberties—had to come first. It wasn’t until 1863 that Lincoln began to describe the war’s meaning in terms of living up to the Declaration of Independence’s promise of equality of rights, as he did in the Gettysburg Address, or as punishment for the sin of slavery, as he did in his Second Inaugural.

Woodrow Wilson, who led America into World War I, worried about the effect of war on civil liberties. In advance of America’s entrance as a belligerent nation, he reportedly predicted that Americans would “forget there ever was such a thing as tolerance. To fight you must be brutal and ruthless, and the spirit of ruthless brutality will enter into the very fibre of our national life.” Wilson concluded that the US needed appropriate legislation to deter subversive activities. He supported the Espionage Act of 1917, which criminalized words or deeds that might cause “insubordination, disloyalty, mutiny, [or] refusal of duty” in the military or that interfered with recruitment into the armed forces. The Sedition Act of 1918, meanwhile, prohibited “disloyal, profane, scurrilous, or abusive language” aimed at the national government. As a result, a Wisconsin official was sentenced to thirty months in jail for besmirching a Red Cross fund raiser. A Hollywood producer received a ten-year sentence for a film that portrayed in a negative light one of America’s allies. Its title was “The Spirit of ’76.” All told, at least 8,000 Americans faced prosecution or some other form of government suppression under these laws.

World War I also occasioned a chilling of the climate within America for people whose ancestors hailed from the nation’s adversaries, such as Germany. The climate for Japanese Americans during World War II, however, was far worse. For one thing, Japanese Americans’ persecution as a racial minority was official and specific. President Franklin D. Roosevelt’s 1942 Executive Order #9066 initiated the legal authorization of the forcible internment of about 110,000 Japanese or Japanese Americans in camps in the western half of the United States. Americans with as little as 1/16th Japanese ancestry were exposed to this persecution, which allowed the government to remove adults and children from their homes and businesses so that they could be confined within barbed-wire compounds. It remains unclear how many of these individuals aimed to threaten the national security of the United States. In the aftermath of the Japanese bombing of Pearl Harbor, however, a great deal of pressure—at least some of it racially motivated— fell upon Roosevelt. He never expressed remorse for succumbing to it.

These few instances of wartime abridgments of Americans’ civil liberties ignore many others. Some would argue that President George W. Bush’s USA Patriot Act, passed shortly after the September 11, 2001, attacks on America by Islamic extremists, also elevated the nation’s security above the liberty of its citizens. If so, this is nothing new. James Madison explained that “of all the enemies to public liberty war is, perhaps, the most to be dreaded, because it comprises and develops the germ of every other.” International strife, after all, was “the parent of armies,” the costly institutions that spawned “debts and taxes” and throughout history had served as “the known instruments for bringing the many under the few.” Interestingly, the War of 1812, over which Madison presided, offers no real examples of the suppression of civil liberties in an effort to meet wartime goals. Other wars, however, offer examples not only of the curtailment of civil liberty but also of personal and economic choices. Involuntary military conscription and the assumption of war powers over international trade and domestic production have arisen from international conflict. However one defines liberty, history makes clear that, even in the freest of nations, war poses for it great challenges.