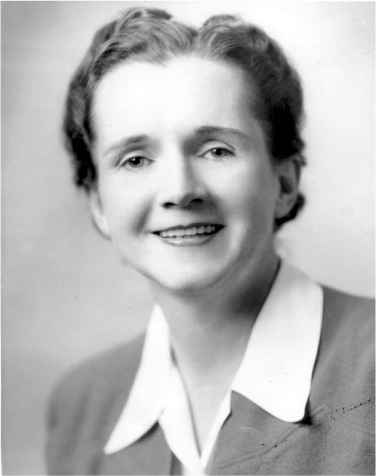 In 1962, scientist Rachel Carson published Silent Spring to alert the public to the dangers of DDT, a pesticide that was widely used to control mosquito populations. Silent Spring begins with a bucolic description of an American town. One spring, “some evil spell” seeped into the community, silencing birds and bees, leaving flocks of chicken dead, cattle and sheep ill, and even humans and their children sick. By creating this fable, Carson hoped American readers could begin to visualize the effects of DDT. In addition to indicting businesses that produced DDT, Silent Spring critiqued the government for its failure to consider the consequences of spreading DDT from farms to neighborhoods across America. Carson’s work brought her criticism from leaders in the sciences, agribusiness, and the chemical industry. Because of this controversy, Silent Spring became the centerpiece of a national debate, sold more than 600,000 copies in its first year, and succeeded in reaching the mainstream audience that Carson had intended. When it was published, the suggestion that scientific advances like pesticides could be damaging to the environment was a radical idea. Thanks to Carson’s message, President Kennedy set up a special panel of his Science Advisory Committee to study the problem of pesticides. Today, the publication of Silent Spring is considered a fundamental step in the development of the environmental movement.