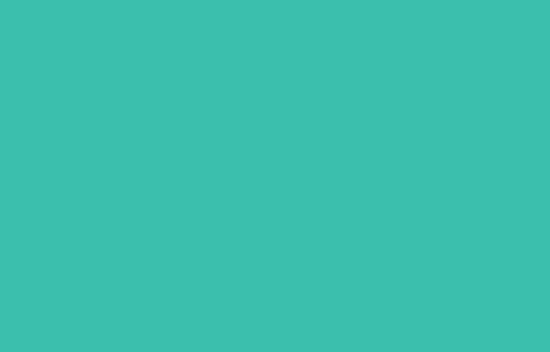 “Liberty must at all hazards be supported. We have a right to it, derived from our Maker. But if we had not, our fathers have earned and bought it for us, at the expense of their ease, their estates, their pleasure, and their blood.” – John Adams, 1765

“In Europe, charters of liberty have been granted by power. America has set the example … of charters of power granted by liberty. This revolution in the practice of the world, may, with an honest praise, be pronounced the most triumphant epoch of its history, and the most consoling presage of its happiness.” – James Madison, Essays for the National Gazette, 1792

“The powers delegated by the proposed Constitution to the federal government are few and defined. Those which are to remain in the State governments are numerous and indefinite.” – James Madison, Federalist 45, 1788

“The powers not delegated to the United States by the Constitution, nor prohibited by it to the States, are reserved to the States respectively, or to the people.” – Tenth Amendment, 1791

“I consider the foundation of the Constitution as laid on this ground that ‘all powers not delegated to the United States, by the Constitution, nor prohibited by it to the states, are reserved to the states or to the people.’ To take a single step beyond the boundaries thus specially drawn around the powers of Congress, is to take possession of a boundless field of power, not longer susceptible of any definition.” – Thomas Jefferson, Opinion on the Constitutionality of a National Bank, 1791

“[T]he general government is not to be charged with the whole power of making and administering laws: its jurisdiction is limited to certain enumerated objects, which concern all the members of the republic, but which are not to be attained by the separate provisions of any.” – James Madison, Federalist 14, 1787

“It will not be denied that power is of an encroaching nature and that it ought to be effectually restrained from passing the limits assigned to it.” – James Madison, Federalist 48, 1788

“I own I am not a friend to a very energetic government. It is always oppressive.” – Thomas Jefferson, Letter to James Madison, 1787

“The propriety of a law, in a constitutional light, must always be determined by the nature of the powers upon which it is founded.” – Alexander Hamilton, Federalist 33, 1788

“An elective despotism was not the government we fought for; but one in which the powers of government should be so divided and balanced among the several bodies of magistracy as that no one could transcend their legal limits without being effectually checked and restrained by the others.” – James Madison, Federalist 84, 1788

“The accumulation of all powers, legislative, executive, and judiciary, in the same hands, whether of one, a few, or many, and whether hereditary, self-appointed, or elective, may justly be pronounced the very definition of tyranny.” – James Madison, Federalist 47, 1788

“A dependence on the people is, no doubt, the primary control on the government; but experience has taught mankind the necessity of auxiliary precautions.” – James Madison, Federalist 51, 1788

“As good government is an empire of laws, how shall your laws be made? In a large society, inhabiting an extensive country, it is impossible that the whole should assemble to make laws. The first necessary step, then, is to depute power from the many to a few of the most wise and good.” – John Adams, Thoughts on Government, 1776

“Pure democracies have ever been spectacles of turbulence and contention; have ever been found incompatible with personal security, or the rights of property; and have, in general, been as short in their lives as they have been violent in their deaths.” – James Madison, Federalist 10, 1787

“I have no fear that the result of our experiment will be that men may be trusted to govern themselves without a master.” – Thomas Jefferson, Letter to David Hartley, 1787

“We may define a republic to be … a government which derives all its powers directly or indirectly from the great body of the people, and is administered by persons holding their offices during pleasure for a limited period, or during good behavior.” – James Madison, Federalist 39, 1788

“All Men Are Created Equal”

“The ordaining of laws in favor of one part of the nation, to the prejudice and oppression of another, is certainly the most erroneous and mistaken policy. An equal dispensation of protection, rights, privileges, and advantages, is what every part is entitled to, and ought to enjoy.” – Benjamin Franklin, Emblematical Representations, ca. 1774

“We hold these truths to be self-evident, that all men are created equal, that they are endowed by their Creator with certain unalienable Rights, that among these are Life, Liberty and the pursuit of Happiness.” – Declaration of Independence, 1776

“I can only say that there is not a man living who wishes more sincerely than I do, to see a plan adopted for the abolition of slavery.” – George Washington, Letter to Robert Morris, 1786

“It is much to be wished that slavery may be abolished. The honour of the States, as well as justice and humanity, in my opinion, loudly call upon them to emancipate these unhappy people. To contend for our own liberty, and to deny that blessing to others, involves an inconsistency not to be excused.” – John Jay, Letter to R. Lushington, 1786

“One of the most essential branches of English liberty is the freedom of one’s house. A man’s house is his castle.” – James Otis, on the Writs of Assistance, 1761

“The moment the idea is admitted into society that property is not as sacred as the laws of God, and that there is not a force of law and public justice to protect it, anarchy and tyranny commence.” – John Adams, A Defence of the Constitutions of the Government of the United States of America, 1787

“Government is instituted to protect property of every sort; as well that which lies in the various rights of individuals, as that which the term particularly expresses. This being the end of government, that alone is a just government which impartially secures to every man whatever is his own.” – James Madison, Essay on Property, 1792

“A wise and frugal government, which shall leave men free to regulate their own pursuits of industry and improvement, and shall not take from the mouth of labor the bread it has earned — this is the sum of good government.” – Thomas Jefferson, First Inaugural Address, 1801