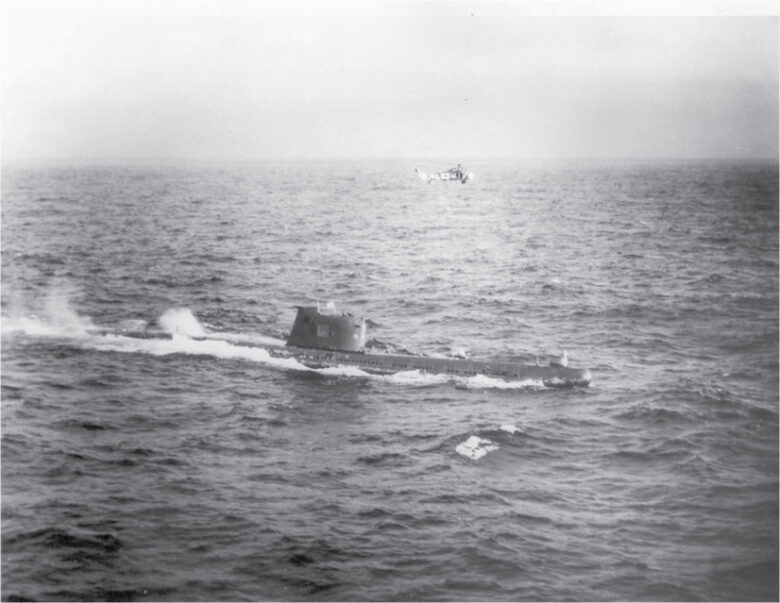 The Cuban Missile Crisis was the central foreign policy crisis of the Kennedy administration and represents the closest the world came to the use of nuclear weapons during the Cold War. The crisis began in October 1962, with U.S. U-2 aircraft taking reconnaissance photographs of Cuba that showed the Soviet Union had recently placed nuclear missiles there and was preparing them with the capacity to launch and reach targets in the United States. Kennedy deliberated with his advisers and, on October 22, made a television address revealing the Soviet moves, demanding that they be reversed, and announcing a naval quarantine of Cuba that would permit no shipments related to missile preparations.

After several tense days, Soviet premier Nikita Khrushchev agreed, to Kennedy’s satisfaction, to remove the missiles in exchange for official American recognition of Fidel Castro’s government in Cuba, the end of the quarantine, and the removal of American nuclear missiles from North Atlantic Treaty Organization (NATO)-member Turkey. The crisis was defused, and the missiles left Cuba as the quarantine was lifted in November.

The roots of the crisis lay in the superpowers’ contest over Berlin that had come to a head the previous year. Because of the Potsdam agreement after World War II, West Berlin remained an enclave of the United States and its allies within Soviet-dominated East Germany. In 1961, Khrushchev had appealed to Kennedy at a summit in Vienna to permit the effective incorporation of West Berlin into East Germany. Kennedy refused, and in August, Khrushchev ordered the Berlin Wall to be built separating East and West Berlin. This stemmed the large flow of emigrants from East to West that had characterized the city since its division.

The building of the wall represented an admission on the part of the Soviet Union that the United States had rejected its proposal on Berlin outright, requiring the U.S.S.R. to undertake the embarrassing secondary option: the wall. Smarting from this development, Khrushchev sought other arenas in which the Soviet Union could clearly beat the United States in a geopolitical contest. An opportunity arose early in 1962, when the leader of Cuba, Fidel Castro, declared his allegiance to the cause of Marxist-Leninism and international communism.

In April 1961, Castro, who had seized power in a coup in 1959, easily fended off the Bay of Pigs invasion undertaken by Cuban exiles who had been covertly supported by the United States during the Kennedy administration. Emboldened by this accomplishment, Castro aspired to export revolution throughout Latin America. In making his communist allegiances known in early 1962, Castro also indicated to the Soviet Union that, should it lack enthusiasm for communist expansionism in Latin America, he would court Chairman Mao’s communist China as an alternative partner.

Khrushchev decided he would submit to Castro’s pressure and make Cuba the vehicle for the geopolitical victory he sorely desired after the 1961 developments in Berlin. In the summer of 1962, therefore, the Soviet Union increased its exports of important military materiel to Cuba, depriving formerly favored allies such as Gamel Abdel Nasser’s Egypt in the process. The shipments included nuclear missile components that, when readied, could easily reach the United States.

Khrushchev understood that in the near future, the United States would detect these developments, but he accepted the risk that a crisis would ensue. Besides building the Berlin Wall and limiting Chinese influence over Cuba, Khrushchev wished to give the impression that he had nuclear missiles to spare. In his presidential campaign of 1960, Kennedy had bemoaned a “missile gap” between the United States and the Soviet Union, even though he knew the balance of these weapons actually favored the United States. By having missiles in Cuba, Khrushchev hoped to discredit Kennedy by showing that not only was the missile gap real (which it was not) but also that it had become more extreme under Kennedy.

Khrushchev’s decision was exceedingly dangerous and risky. Placing nuclear missiles 90 miles from Florida in a country that several years before had been something of a U.S. client state and violating the 138-year-old Monroe Doctrine was a move that could clearly get out of hand. The missiles threatened to destabilize the Cold War because they gave the Soviets first-strike capability, meaning they could strike the United States before it could launch a response. By obtaining first-strike capability, the Soviets would upset the logic of mutual assured destruction (MAD), because MAD prevented a nuclear war only if each side could strike the other with nuclear weapons. It was “one hell of a gamble,” as Kennedy observed during the crisis that October. The Soviet Politburo appears to have justified its decision by reasoning that U.S. nuclear missiles in Turkey, which bordered the Soviet Union, were no different than Soviet missiles so close to the United States in Cuba. However, the U.S. government did not regard the two situations as comparable.

On October 16, Kennedy received word from his national security staff that aerial photography definitively showed Soviet nuclear missiles in Cuba, with launch sites being readied. This information remained classified as Kennedy met with his advisers and military leadership for six successive days, debating the response to take. The options included diplomatic efforts, a naval blockade, and an invasion of Cuba. The military staff heavily favored invasion, but Kennedy feared that would elicit a Soviet march on Berlin that the United States might be powerless to oppose and would deliver Khrushchev exactly what he wanted. Ultimately, Kennedy chose the blockade but adjusted it to a “quarantine.” This meant that American naval vessels would only permit goods to pass into Cuba that were not associated with war materiel. This distinction implied that Kennedy’s action was not an act of war.

On October 22, Kennedy addressed the nation on television explaining the crisis the first the public had heard of it and the naval quarantine. Soviet responses to Kennedy’s moves were not conciliatory, and with large military forces of both superpowers gathered in and around Cuba, the world sensed that nuclear war could be imminent. The U.S. Navy was stopping and boarding ships, a U.S. reconnaissance pilot was shot down (the only combat fatality of the crisis), and at least one Soviet submarine with nuclear weapons was harassed by American forces.

On October 26, Kennedy received an otherwise-standoffish letter from Khrushchev that appeared to offer notes of conciliation and compromise. Through back channels, Kennedy learned that the Soviets were willing to remove the missiles in exchange for two clear American concessions (in addition to the ending of the quarantine): a pledge not to invade Castro’s Cuba and the removal of the United States’ own missiles in Turkey. Diplomats conferred, and on October 28, Khrushchev issued a public statement that the Soviet Union would remove its missiles from Cuba. The United States confirmed that it would end the blockade when the missiles and their attending apparatus were gone (which it did in November), as well as pledging not to invade Castro’s island. The Turkey concession was kept secret (to Khrushchev’s chagrin), and the United States removed the missiles there the following April.

The release of sources, documents, and tape recordings over the years since 1962 has revealed that specific individuals had the capacity to carry out major military strikes during the crisis and refrained. Aboard a submarine near Cuba on October 27, Soviet officer Vasili Arkhipov cast the deciding vote against firing the vessel’s nuclear weapons in response to harassment from American naval forces.

By provoking the missile crisis, Khrushchev had secured an ally in Cuba, but it was an ally that had pushed him around to pursue its own goals. He also did not secure the prize – West Berlin – that had motivated him to act in the first place. In 1964, weakened and embarrassed, he was relieved of his office and replaced by the hardliner Leonid Brezhnev. Kennedy, on the other hand, was emboldened by the missile crisis, basking in the glory of getting tough with the Soviets while appearing conciliatory in the cause of world peace. The crisis made West Berlin a permanent entity, which Kennedy relished as another Cold War victory. He immortalized his success in a 1963 speech in that city in which he famously said, “Ich bin ein Berliner” [“I am a Berliner”] and urged that if people wished to compare Communism and the free world, “let them come to Berlin.” The missile crisis also introduced a new sober realism to U.S.-Soviet relations. A diplomatic hotline was installed between Moscow and Washington, DC, and a nuclear test ban treaty between the two powers was signed the following year.

1. The Cold War world came closest to seeing the use of nuclear weapons during the

2. All the following occurred during the Cuban Missile Crisis except

3. The Cuban Missile Crisis was resolved by

4. The Cuban Missile Crisis can be seen in the larger geopolitical context as

6. A year before the Cuban Missile Crisis, Khrushchev and Kennedy disagreed over the fate of a city in which Cold War battleground nation?

7. Which concession did President Kennedy make to resolve the Cuban Missile Crisis?

1. What was a direct result of the situation depicted in the provided map?

2. The image most directly resulted from what earlier policy?

3. The situation portrayed in the image contributed to which of the following?

“To the Brink: JFK and the Cuban Missile Crisis.” National Archives Foundation. https://www.archivesfoundation.org/exhibit/to-the-brink-jfk-and-the-cuban-missile-crisis/

Dobbs, Michael. One Minute to Midnight: Kennedy, Khrushchev, and Castro on the Brink of Nuclear War. New York: Vintage, 2009.