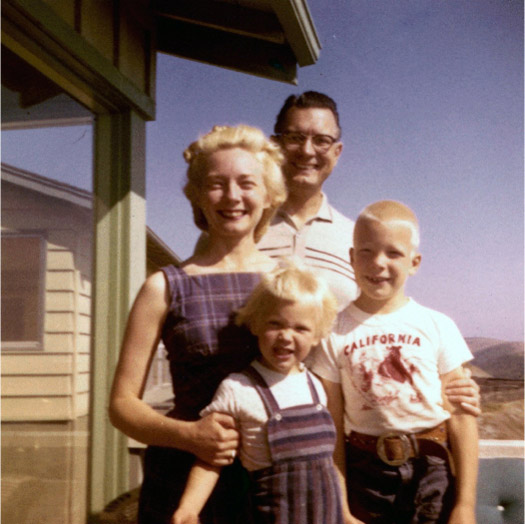 Use this narrative with the Levittown Videos, 1947-1957 Primary Source and The Sound of the Suburbs Lesson to analyze the impact that the baby boom and urbanization had on American culture.

The postwar years brought a surge of optimism about the possibilities for economic prosperity after a decade of depression and war. Marriage and family proved central to this optimism, with rising expectations of education and homeownership fueled by the G.I. Bill. This drove up marriage rates in the aftermath of the war. Although divorce rates were high right after the war (because those who had married before going off to war often returned home feeling alienated from the person they had married), the marriage rate was up, and stability in family formation became the new expectation. The roles of men and women were altered in substantial ways. By the late 1940s and 1950s, the nuclear family with a father, a mother, and their children was the new norm, and the home was prized as a showplace for American values in the postwar era.

The high rate of marriages in the postwar period set the stage for the baby boom. By the mid-1950s, women, on average, were marrying at age 20 and men at age 22, and by 1965, more than 90 percent of all women were married, up from 80 percent in 1940. Young married couples had faith in the future, and for them, the family was a “haven in a heartless world.” They produced a demographic explosion in natural birth rates known as the baby boom. Between 1946 and 1964, 76 million babies were born in the United States, a population increase that had important effects on the postwar economy and culture. By the end of the baby boom, the population of that generation accounted for two-fifths of the entire population of the country, which was 192 million people.

Following on the heels of what demographers referred to as the “baby bust” generation, born amid the pessimism of the Depression and world war, the baby boomers were a generation raised with grand expectations about the future that led to massive spending by their parents on housing, education (including higher education), toys, diapers, health care, records, and candy. The baby boomer generation was brought up in a relatively affluent environment, believing they were special and would make a contribution to the future of the country. They drove the economy and postwar growth rates as their parents spent on them in ways the preceding generation had not been able to do.

Of course, there were huge differences between the experiences of baby boomers born in affluent white suburbs of postwar America and those born in rural areas. There were also stark disparities between black and white boomers, as well as between whites and other minorities such as the growing Hispanic population, in economic opportunities and social and political equality. Expectations and behavior varied too, such as between the earlier boomers, who were born between 1946 and 1956 and were old enough to fight in or protest the controversial Vietnam War, and the later boomers, born from 1957 to 1964, who were not.

But there is no doubt that expectations for this generation were high. Part of the reason was a new form of child-rearing propagated by Dr. Benjamin Spock, a pediatrician whose bestselling book, The Common Sense Book of Baby and Child Care (1946), taught young mothers that “you know more than you think you do” about raising children. Spock was raised in privilege, attending Andover prep school and Yale University as an undergraduate. He received his medical degree from Yale Medical School and chose pediatrics as his specialty. Spock opposed corporal punishment and encouraged parents to be flexible and treat their children as individuals to propagate a healthy environment for all family members. Departing from previous views, he maintained that children did not need to be picked up or held every time they cried at night. Doing so, he argued, would produce children who cry more and demand more attention from parents. A regular sleep schedule was necessary to allow babies to develop, as was a regular eating schedule.

As the baby boom generation matured and became leaders of the anti-Vietnam war activism of the 1960s in which Spock himself participated, he was criticized for creating a permissive generation of young people who demanded instant gratification and who would not delay expectations, a criticism he refuted. His research also was criticized by other pediatricians for relying on anecdotal evidence and not peer-reviewed research concerning child-rearing habits. Nevertheless, his book had sold as many as 50 million copies by the time of his death and became a standard gift for young women at baby showers in the postwar era.

Traditional gender roles were the norm in the postwar America. Women were expected to care for the children of the baby boom while men worked and built careers. Motherhood became the chief occupation of postwar American women. Many postwar mothers had worked in factories during World War II but gave up their jobs in peacetime, due to social pressure to let veterans return to work when the war ended. Many others had attended college, but rather than pursuing professional careers, they married, had children, and stayed home. Professional careers for women in business, engineering, medicine, higher education, and law were not easily pursued. Opportunities were limited to teaching, primarily elementary and secondary education, nursing, and secretarial and clerical work. Working-class women did labor in factories but for much lower pay than men, and African American women who had come north for wartime factory jobs returned to domestic service at low pay. Job ads in newspapers were segregated by gender, with women’s jobs often advertised as “Help Wanted – Girl Friday,” which meant secretarial work.

Were women happy in their roles as mothers? Many found solace in child rearing and in the assuming the responsibility of managing a household and family. But many others had a difficult time and were unfulfilled in the home. Betty Friedan, a political radical before the war, attended Radcliffe, the sister school of then all-male Harvard University, and gave up a career to raise children. At her 10-year college reunion, she reported, many of her classmates shared their frustration with being housewives and mothers. In 1963, Friedan published The Feminine Mystique, which described the home as a “comfortable concentration camp” in which women were the prisoners. Her portrait of the home may have been harsh but it did reflect many educated and affluent white women’s experiences of the limitations in their lives. In 1965, Friedan and other women formed the National Organization for Women (NOW), launching the drive for equity in the workplace and a new role for women.

Postwar culture portrayed home as the ideal for family life. Television programs like I Love Lucy, The Dick Van Dyke Show, Leave It to Beaver, and Father Knows Best all portrayed the idyllic middle-class family in which the mother was at home raising the children while the father worked. All the programs reinforced marriage as the ideal, women as the nurturers, and men as the breadwinners. In fact, it was possible for middle-class men to make enough money in the postwar boom for women to stay at home and for a couple to buy a house, save money, and send their children to college. However, among working-class and minority families, this was often not possible, and many women worked outside the home. The television programs depicting working-class married couples, like Jackie Gleason’s popular sitcom The Honeymooners, presented happy marriages but no children, and instead of living in the suburbs, the characters lived in small urban apartments. Few television programs explored the life of an upper-middle class African American family until The Cosby Show in the 1980s, which depicted an affluent, professional African American couple, the Huxtables, raising their children as if the 1950s had never ended.

The postwar ideal of home and family was possible due to explosive growth in the economy and to government programs like the G.I. Bill. It was not a perfect lifestyle, especially for women, some of whom felt isolated and without opportunities for careers. The cultural tumult in America during the 1960s challenged the vision of postwar domesticity to be found in the home, and divorce rates skyrocketed as the laws changed to allow no-fault divorce. Women celebrated their liberation with careers and professional lives of their own, fundamentally changing the workforce, altering family structure, and changing the expectations of young girls and boys. The anxieties brought by inflation in the 1970s and, later, rising consumer expectations added to the need for two-earner families, fundamentally transforming and ending the postwar emphasis on women staying at home to care for children and leading to divorce rates of 50 percent of all marriages by the 1980s. The best way to rear children, the impact of divorce on them, and the expectations of home and family continue to be debated politically to the present day.

1. In the immediate post-World War II years, one social development in the United States was

2. The dramatic increase in the American birth rate between 1946 and 1964 caused

4. Which movement challenged the traditional roles demanded of the baby boom generation?

5. Which of the following jobs was not typically available to women in the immediate post-World War II era?

6. An example of a television show featuring a traditional African American family was

“A word about TV: If a television is on, an infant will stare at it. This is not a sign of advanced development. TV entertains at a cost. Young children easily become dependent on the TV for stimulation and lose some of their natural drive to explore. A child with a plastic cup and spoon, a few wooden blocks, and a board book can think up fifty creative ways to use those objects; a child in front of a TV can only do one thing. . . . Another subtle but worrisome effect television has on its viewers is its tendency to promote passivity and a lack of creativity. Watching television requires little mental activity on the viewer’s part. You simply sit and let the images flow by. Some research suggests that this sort of nonparticipatory viewing fosters a short attention span, making it hard for children to apply themselves in school.”

1. Historians could use this excerpt to support which of the following generalizations about the postwar years?

2. The sentiments expressed in the excerpt support which of the following emerging ideas?

3. The major concern expressed by Dr. Spock in the excerpt is that