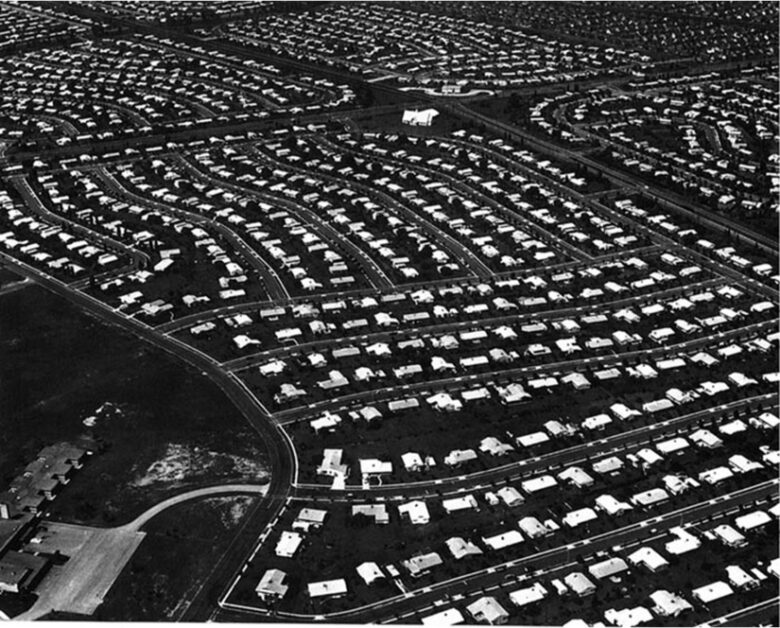 Levittown was the name given to suburban housing developments in New York and Pennsylvania created by the company Levitt & Sons between 1947 and 1963. Using an “assembly line” method, the company was able to construct a house in as little as one day. The communities were attractive to growing families during the baby boom and veterans were able to afford the houses with low-cost mortgages obtained through the Federal Housing Administration and Veterans Administration. However, lenders at the Federal Housing Administration implemented racist policies during the loan approval process and many communities excluded people of color, regardless of their veteran status or income.