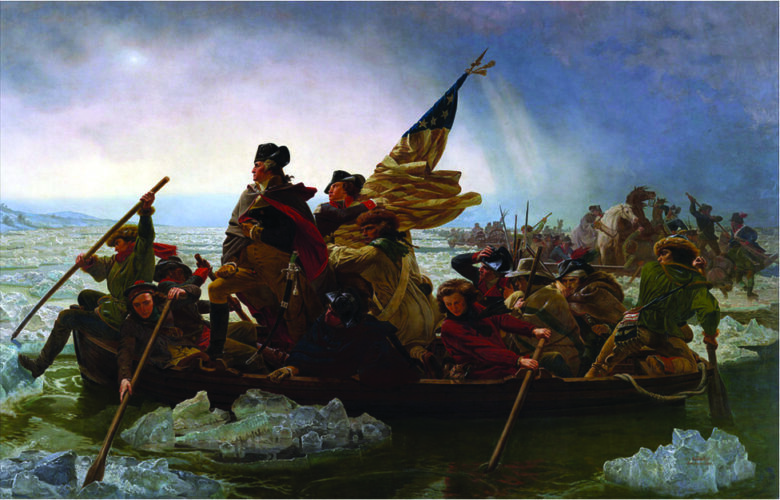 Americans love to fight, General George Patton famously observed. The numbers back his assertion up. With the President and the Congress acting under the provisions of the US Constitution, the United States formally declared war against other nations in five major conflicts—the War of 1812, Mexican-American War, Spanish-American War, World War I, and World War II. Additionally, our Commanders in Chief have deployed military force in more than 300 conflicts abroad and scores of times on North American soil against the Indians. Where do the power and authority for war- making come from?

Under our nation’s first constitution, the Articles of Confederation, many of the Founders concluded that the new republic had insufficient power to defend itself effectively. During the American Revolution, the Confederated Congress could not even pay the soldiers doing the fighting. So during the summer of 1787, the Framers of the new Constitution proposed a much stronger national government to protect American citizens, property, and interests. They argued over the degree to which there should be a stronger executive and more power in Congress to levy taxes to provide for the common defense. But around one principle they united: The military would be under civilian control. “Article II, Section 2, of the Constitution states ‘The President shall be Commander in Chief of the Army and Navy of the United States, and of the Militia of the Several States, when called into the actual Service of the United States.”

It was the sterling character of George Washington—especially evident when he confronted unhappy officers in the Continental Army at Newburgh, New York—that encouraged the Framers to vest this title of Commander in Chief in the executive. The Framers were hopeful that Washington would be the first President under the new Constitution.

However great Washington’s reputation, exclusive war-making powers would not reside in one branch of government or in one office of that government. To concentrate such power would be inimical to freedom. War-making is a grave responsibility, so the power to send Americans into harm’s way should be separated to minimize the effects of imprudence, stupidity, or abuse. Accordingly, Article I, section 8, reserves to Congress the power to declare war; no President can legally do so. Article I, section 8, also gives the legislative branch the power of the purse. So while the Constitution authorizes the existence of a standing army and navy, it gives to Congress the ability to thwart the Commander in Chief by cutting spending for the military. Specifically, “no Appropriation of Money to that Use [to raise and support Armies] shall be for a longer Term than two Years.”

To preserve the freedom gained in the War of Independence, the Framers exquisitely distributed the government’s war-making powers: While the President is the duly authorized Commander in Chief, it is the burden of Congress to “provide for the common Defence;” “to raise and support Armies;” “to provide and maintain a Navy;” and “to declare War.” Interestingly, not once since Pearl Harbor has Congress formally declared war—neither against North Korea nor North Vietnam nor Iraq nor Afghanistan.

Other provisions under the purview of Congress concern the regulation of state militias and the punishment of pirates who violate the law of nations on the high seas. Article I, section 8, even authorizes Congress to “grant Letters of Marque and Reprisal,” a little known provision that allows Congress to authorize private citizens to attack other nations and carry out raids harmful to enemies’ interests.

Already in the early days of the republic, Commanders in Chief and Congress engaged in a tug-of-war over war. Who gets to decide whether to send US forces into an elective war when there is no imminent threat? Absent the advice and consent of Congress, does the President have the right to commence armed conflict? Once conflict has broken out, which branch of government has the upper hand in setting war policy? How far does executive privilege extend? The never-ending tension between the two branches of government has on occasion required the US Supreme Court to step in as a referee. But it remains a preeminently political struggle.

The highly controversial War of 1812 illustrates this tension. This “second war of independence” against Britain put the separation of powers to a severe test, and happily it established that the basic constitutional mechanisms for declaring and waging war worked. It was the first conflict in which a President sent an adopted declaration of war to Congress. The vote in the Senate was close: nineteen to thirteen; in the House it was seventy-nine to forty-nine. Given how divided the nation was, it was critical that Madison had a congressionally approved declaration of war. That legal declaration gave him grounds to upbraid the House when it would not pay for the navy needed to take on the world’s greatest sea power.

From the outset, Madison botched much of the war effort. It was no surprise that he also had to contend with the open hostility of the New England states, which at one point flirted with secession and the idea of negotiating a separate peace. Despite the inconclusive nature of the contest, the war strengthened Americans’ faith in the rule of law in general, and the Constitution in particular, during a time of war—no small achievement.

Political and constitutional sparks similar to those generated by the War of 1812 produced flare-ups in subsequent conflicts as well. In the Mexican-American War, for instance, Congressman Abraham Lincoln kept introducing his famous “spot resolutions” that challenged President James K. Polk’s pretext to go to war. Once he was President, Lincoln in turn would be challenged for actions taken during the Civil War, especially the legality of suspending habeas corpus. Article I, section 9, of the Constitution stipulates that Congress has the power to suspend this fundamental right “in Cases of Rebellion,” but in April 1861 Lincoln argued that during wartime he, as Commander in Chief, also possessed the authority to do so.

The tug-of-war between the Legislative and Executive Branches became especially tense more than one century later during the late 1960s and early 1970s. Because Korea and Vietnam seemed to be unwinnable conflicts that were fought without a declaration of war, a growing number of Americans became concerned that Congress was losing power vis-à-vis the Commander in Chief. Finally, in 1973, Democrats in Congress led the charge to pass the War Powers Resolution by a sizeable majority (in the process overriding Republican President Richard Nixon’s veto). The law stipulated that the Commander in Chief could send US armed forces into action only by authorization of Congress or if the United States were already under attack or serious threat. Within forty-eight hours of committing armed forces to military action, the President would have to notify Congress. Armed forces could not remain more than sixty days on foreign soil without congressional authorization of the use of military force or a declaration of war.

Virtually every President since Nixon has expressed strategic and constitutional reservations about the War Powers Resolution. They have objected that it telegraphs to America’s enemies that, in the absence of Congressional authorization, there is a strictly enforceable time limit in which armed might can be used; they have also objected that the Resolution breaches the separation of powers doctrine that the Framers so jealously established: to carry out his duties, the President must be able to function effectively in his capacity as Commander in Chief.

Wartime relations between the Executive and Legislative Branches further became strained during the George W. Bush administration. Bush was the longest serving wartime Commander in Chief in US history. In the weeks following the September eleventh attacks, the President received broad (if not deep) bipartisan support to go to war against the Taliban government and the al-Qaeda terrorists they harbored in Afghanistan. But in time, the second war in Iraq led to vehement opposition that gave new life to the War Powers Resolution. When Democrats took back control of Congress in the midterm elections of 2006, some members of the House were even calling for the impeachment of Bush, for allegedly abusing his powers as Commander in Chief.

These allegations were rooted in opposition to the Bush administration’s understanding of the legal status of captured terrorists. The administration defined Taliban and Al Qaeda prisoners as “unlawful enemy combatants,” thus making them ineligible for the protections of the Geneva Convention. Because terrorists are non-state actors—not uniformed members of a sovereign military—they could not be considered prisoners of war. Viewing them as enemy combatants, President Bush used his executive power to establish Military Tribunals to try prisoners and ordered that they be imprisoned outside American borders at the US Naval base at Guantanamo Bay. They would also be denied additional legal rights afforded to US citizens, including the writ of habeas corpus.

The constitutionality of President Bush’s decision to deny enemy combatants habeas corpus appeared before the Supreme Court in the 2006 case, Hamdan v. Rumsfeld. The Court ruled against the Administration, arguing that neither executive authority, nor the constitutional powers vested in Congress could establish and try terrorists in Military Commissions. Absent that authority, Justice John Paul Stevens argued, the Commissions would have to “comply with the ordinary laws of the United States and the laws of war”—including Geneva Convention protections.

The forty-third President fought back by getting the Republican-led Congress to pass the Military Commission Act (MCA) of 2006, which addressed wartime conditions when habeas corpus did not apply to unlawful enemy combatants. In 2008, the Court ruled in Boumediene v. Bush that the MCA violated the Suspension Clause of the Constitution—those imprisoned at Guantanamo Bay could indeed file for habeas corpus.

The debates over the separation of war powers are hardly over. They have characterized American history since the beginning. And that is a good thing. Sending Americans in uniform into harm’s way is the most agonizing decision a US President makes. The men and women willing to make the ultimate sacrifice deserve nothing less than a free society’s most sober judgment.

Gleaves Whitney is Director of the Hauenstein Center for Presidential Studies at Grand Valley State University. He is the author or editor of fourteen books, four of which are on the American presidency. 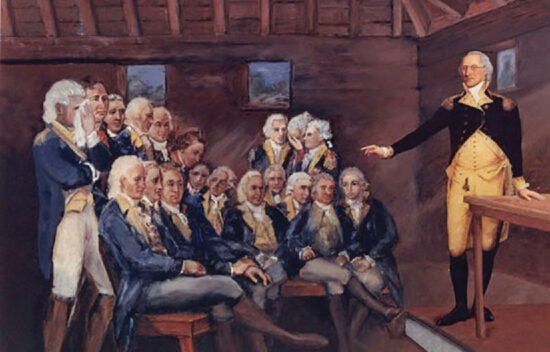 By the end of this section, you will explain how various factors contributed to the American victory in the Revolution. 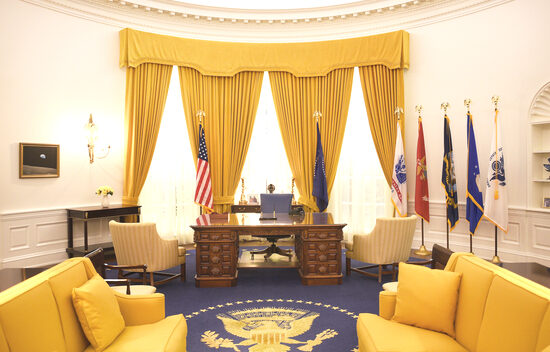 Nixon and the War Powers Resolution 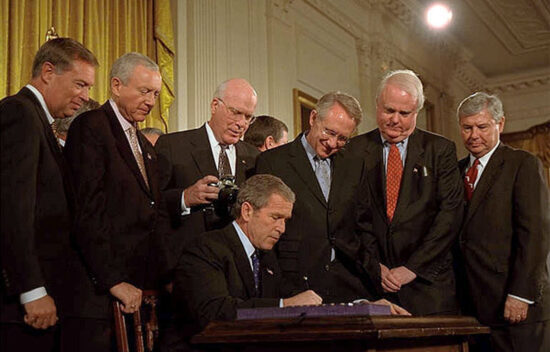 In this lesson, students will evaluate contradictory viewpoints of liberty and security as it concerns the Patriot Act and evaluate the acts constitutionality. They will analyze the significance of the changes to criminal procedure the Patriot Act applied to all federal criminal prosecution and evaluate the significance of protections against unreasonable searches and seizures.