On October 12, 1492, Christopher Columbus landed on an island in the modern-day Bahamas. While he was not the first European to travel to the New World, his explorations led to European powers rapidly colonizing the Americas. Today, Columbus has a controversial legacy. Should we remember him as a conqueror or explorer?

Read the two arguments in response to the question presented, paying close attention to the supporting evidence and reasoning used for each. Then complete the comparison questions that follow. Note that the arguments in this essay are not the personal views of the scholar but are illustrative of larger historical debates.

The story of Christopher Columbus and his voyages to the New World is one of cruelty and greed. Departing Spain, Columbus sought a westward route to Asia and the riches it held. His accidental arrival in the Caribbean in 1492 proved frustrating for the explorer, because the islands held none of the spices he desired and only small amounts of gold. Repeated attempts to uncover rich kingdoms in his voyages of 1493, 1498, and 1502 further frustrated the man who became the governor of Hispaniola (today Haiti and the Dominican Republic). Without access to easy riches, Columbus turned to the exploitation and enslavement of the Native Americans.

The former settler turned friar, Bartolomé de Las Casas, criticized the actions of Columbus, stating that, in his efforts to please the king, he committed “irreparable crimes against the Indians.” Indeed, Columbus’s crimes against the Native Americans began on his first encounter with the peaceful Arawak. Seeing some of the Arawak with gold ornaments, Columbus took them prisoner and demanded they lead him to the source of the gold. When he returned to Spain from his first voyage, he brought with him some captured Native Americans to show the king. His subsequent expeditions likewise involved the enslavement and mistreatment of Native Americans. During the exploits of Columbus’s second voyage, Michele da Cuneo reported in a letter that Columbus had captured a beautiful Native American woman. Columbus subsequently gave this woman to Da Cueno, and Da Cuneo then proceeded to beat and rape her in the most grotesque manner.

Over the years, Columbus sent an estimated several thousand Native Americans to Spain as slaves, with many perishing on the journey. Those Native Americans who did resist succumbed to the Spaniards’ superior steel swords and armor in battle, or were later hanged or burned. The violence perpetrated and allowed by Columbus on Hispaniola coupled with the diseases introduced by the Spanish led to the eventual eradication of the Native American population there by the early seventeenth century. In short, Columbus forever poisoned European–Native American relations.

Columbus’s mismanagement of Hispaniola and acts of cruelty and torture led to his eventual arrest by colonial administrators and forcible return to Spain. Statements from detractors and supporters of the governor provided lengthy accusations that included his punishing of others, including Spaniards, through the amputation of hands, the nose, tongue, or ears for crimes as petty as slander. His mistreatment and enslavement of the Native Americans was also a common complaint, and even those who supported Columbus admitted things were out of hand. After spending six weeks in jail, he was released and appeared before the Spanish monarchs, who allowed him his freedom and even financed his fourth voyage to the Caribbean. Columbus, however, would never regain his position as governor. Even those who supported and excused his behavior realized the man for what he truly was: a villain.

In 1991, on the eve of the celebration marking five hundred years since Columbus discovered the Americas, the City Council of Berkeley, California, voted to replace Columbus Day with Indigenous Peoples’ Day. The council adopted the resolution in 1992. In so doing, they joined thousands of others who mistakenly deem Christopher Columbus as a villain whose greed-fueled voyages brought only death and destruction. Indeed, it is not uncommon for critics to use the loaded word “genocide” in the same sentence as Columbus. But there is more to the story. The vilification of Columbus is not justified.

The transatlantic voyage of Christopher Columbus and his subsequent actions continued a pattern of European exploration and expansion established centuries before. Indeed, his most criticized actions—the capture and enslavement of Native Americans; the cutting off of hands, ears, lips, and noses of those deemed insubordinate; and his quest for riches—all had precedent in those who had reconquered Spain or conquered the Atlantic islands. The acts are reprehensible by today’s standards to be sure. Yet they are certainly not unique to Columbus, who simply used practices in most cases considered the status quo by many European and non-European cultures at the time.

In fact, an argument can be made that Columbus would prove beneficial to the colonies in the long run. The Americas developed in isolation from Europe for millennia, but that could not last. Eventually, the Americas and its inhabitants would have to find their place in an increasingly interconnected world dominated by a technologically superior Europe. Within this meeting of two worlds, it is true that Native Americans suffered, but most suffered from the unintended consequences of disease. Moreover, many Native Americans benefited. Many of them allied with the Spanish to further their own political and economic ambitions, engaging with the new export colonial economy to make themselves fortunes or using the Spanish to overthrow oppressive Native American overlords such as the Aztecs, ending their practices of human sacrifice and incessant warfare. Given what we know about the violence and warfare of the Aztecs or many other groups of Native Americans, had they possessed the technology to cross the ocean and invade Spain, would they have displayed any more mercy than the Spanish?

Columbus and his patron country of Spain recognized the authority of the Native American nobility and, eventually, would allow the sociopolitical structure of many cultures to continue throughout colonial rule. In truth, colonial life for many Native Americans continued many indigenous traditions. Moreover, unlike other European countries, Spain was not so averse to settlers having sexual relations with Native Americans and even encouraged Spaniards to marry into the indigenous nobility. Particularly when compared with Native Americans living outside Spanish America, those in Spanish America fared much better and continued and preserved much of their culture, a culture that survives today intertwined with that of Spain throughout the Americas. Seen in this light, Columbus and his introduction of Spanish culture to the Americas benefited the Native American population in the long term by allowing them to maintain much of their culture and traditional ways of life in ways unmatched throughout the Americas today, as they transitioned into an increasingly interconnected world.

Use this graphic organizer to answer the questions below. 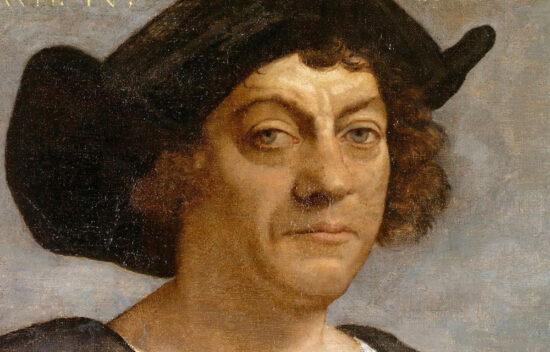 Should Columbus be Celebrated?

The first Monday in October has been observed as a federal holiday since 1937, honoring Christopher Columbus’s landing in the Americas on October 12, 1492. Christopher Columbus, an Italian explorer, was sent on behalf of the Spanish King Ferdinand and Queen Isabella to explore a new route to the spice-rich lands of Asia. 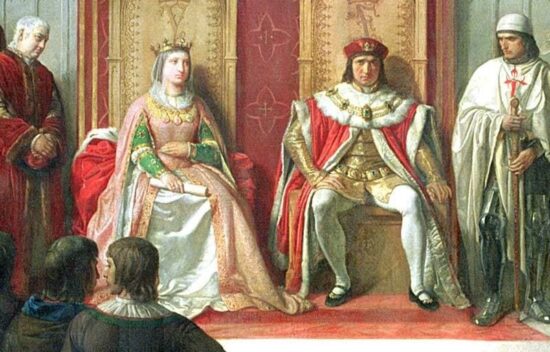 Columbus’s Letter to Ferdinand and Isabella of Spain, 1494

Admiral of the Ocean Sea: Christopher Columbus and Diligence

In this lesson, students will review Christopher Columbus’ diligent actions as an adventurer and in completing the voyage across the Atlantic. They will achieve the following objectives. 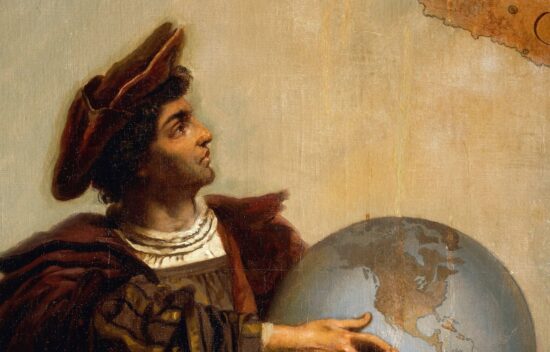 A prerequisite to this activity is the completion of the Columbus's Letter to Ferdinand and Isabella of Spain, 1494 Primary Source activity, which should immediately precede this lesson. This Lesson should be implemented after students have explored the motivations for European exploration and the consequences of the Columbian Exchange, through resources such as the First Contacts Narrative, the Columbian Exchange Narrative, and the Should We Remember Christopher Columbus as a Conqueror or Explorer? Point-Counterpoint. This Lesson should be followed by the Cortes's Account of Tenochtitlan Primary Source activity, the Las Casas on the Destruction of the Indies Primary Source activity, and/or the Life in the Spanish Colonies Narrative.