On April 2, 1917, President Woodrow Wilson went before Congress and asked the members to declare war on Germany.  World War I had been raging since 1914 and Wilson declared American neutrality following the precedent of President George Washington’s 1793 Proclamation of Neutrality. However, by early 1917, Wilson believed that Germany’s policy of “unrestricted submarine warfare,” under which it sank all civilian and merchant ships in areas around the ports of its enemies, was a violation of the rights of Americans and threatened the rights of individuals around the world. According to separation of powers, both Congress and Wilson would play an important role in going to war and fighting.

Handout A: Constitution of the United States of America

Handout C: Separation of Powers and the U.S. Entrance into World War I Graphic Organizer

Have students read Article I, Section 8 and the first paragraph of Article II, Section 2 of Handout A. Students should complete Handout C as they read. Then students should read Handout B and answer the Comprehension and Analysis Questions below.

Have students select a conflict from U.S. history and research the roles that the president and Congress played in initiating it. Write a paragraph on the topic and share in class.

Think the Vote is a current events platform where students can engage with each other with the chance to win gift cards, BRI items, and a $1,000 scholarship prize. The question for the week of February 16, 2022 is: What is the President’s Role in Our Constitutional System?

Separation of Powers and the U.S. Entrance into World War I Answer Key

Answer key for the Separation of Powers and the U.S. Entrance into World War I eLesson. 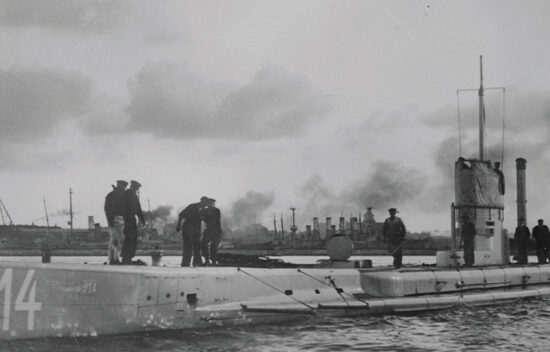 Why did the U.S. become involved in World War I?