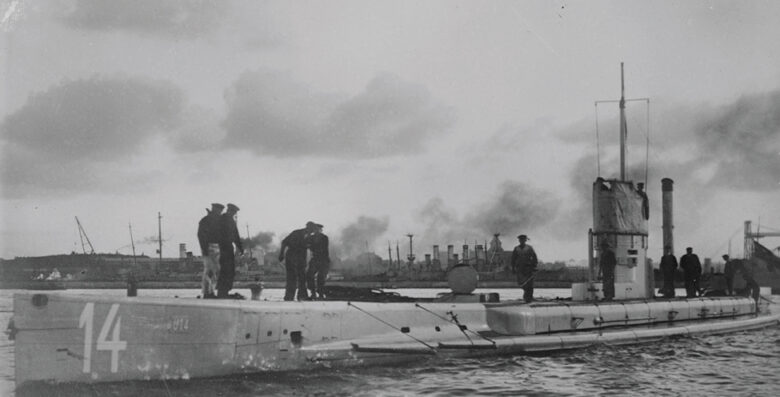 Use this Narrative with the Woodrow Wilson’s Fourteen Points, 1918 Primary Source to further analyze President Wilson’s vision for the end of World War I.

By August 4, 1914, Europe was at war. Expecting a short conflict, President Woodrow Wilson saw little reason to enter the fray. The Atlantic Ocean offered a natural buffer that discouraged naval attack, and U.S. businesses traded extensively with Western Europe. In addition, the American population included millions of first- and second-generation immigrants with family ties to both Allied and Central power nations. Hoping to avoid conflict at home and abroad, Wilson announced that the United States would remain officially neutral and urged Americans to “remain impartial in thought, as well as action,” as they went about their daily lives.

Expectations of a short war evaporated once the warring armies became bogged down in the trench stalemate along the Western Front. Britain quickly turned to the United States, seeking money, food, raw materials, and arms for the Allied side. At first, Wilson limited the loans private banks could make to warring nations, but selling goods to Europe was profitable and cutting off this trade would hurt the U.S. economy. Wilson consequently relented, and trade with the Allies exploded. By 1917, Britain was receiving nearly $10 million a day from U.S. banks – money it used to purchase American goods and munitions. Many banks and businesses favored the Allied side, and trade with Germany became difficult and dangerous once Britain blockaded the North Sea and cut the international communication cable between the United States and Germany.

Germany responded by deploying a new weapon, the U-boat submarine, armed with torpedoes to sink ships headed to Allied ports. Declaring the waters around Britain a war zone, Germany announced a policy of unrestricted submarine warfare against all ships sailing in the area, including passenger and merchant ships. U-boats relied on the element of surprise, and by not giving passengers time to evacuate before sinking a vessel, Germany soon ran afoul of international law and opinion. In 1915, the evolving naval war directly embroiled the United States when a German submarine torpedoed the British passenger shipLusitaniaoff the coast of Ireland and killed 1,198 people, including 128 Americans. Eyewitness accounts flooded American newspapers. One particularly tragic story of a drowned mother who washed up on shore clutching her baby became the basis for the first American-produced propaganda poster, Fred Spear’s Enlist, which re-imagined the woman’s death.

Germany defended the sinking of the Lusitania, pointing out that Britain had knowingly allowed civilians to sail on a ship carrying munitions, and that these passengers had ignored explicit warnings from the German government about the dangers of sailing into the war zone. Some Americans were persuaded by this rebuttal, especially in rural areas where traditional distrust of Wall Street raised suspicions that banks and corporations, in pursuit of profits, were leading the country down the path to war. Wilson, however, emphatically disagreed. According to international law, citizens from neutral nations had the right to travel and trade wherever they liked. “I cannot consent to any abridgement of the rights of American citizens in any respect,” Wilson declared. “The honor and self-respect of the nation is involved.” In the midst of this heated diplomatic exchange, German U-boats torpedoed two more ships. To avoid further provoking the United States, Germany then backed down and agreed to renounce surprise attacks on passenger ships (the Arabic Pledge, 1915) and merchant ships (the Sussex Pledge, 1916).

Throughout the period of neutrality, Wilson held out hope that the United States could broker a negotiated peace settlement. In a speech before Congress on January 22, 1917, he called for a “peace without victory.” Speaking in the wake of Verdun and the Somme, inconclusive battles that left hundreds of thousands of causalities on both sides, he warned that a victor’s peace would only perpetuate the destructive cycle of war. A just peace, he declared, would be based on certain ideals, including freedom of the seas, equality of rights among nations, no entangling alliances, and a commitment to spreading democratic institutions. Just one week later, however, Germany announced that it was resuming unrestricted submarine warfare. Wilson had inadvertently outlined what eventually became America’s goals in fighting the war.

The decision to enter the war did not come immediately. Wilson initially went no further than breaking diplomatic relations with Germany. He then received word that the German Foreign Minister, Arthur Zimmermann, had sent the German ambassador in Mexico a telegram proposing a military alliance between Mexico and Germany, offering to help Mexico “reconquer the lost territory in Texas, New Mexico, and Arizona.” Germany knew that relations were strained between the United States and Mexico – the result of a recent incursion into Mexico by the U.S. army in pursuit of the Mexican rebel Francisco “Pancho” Villa. With German U-boats cutting off the lifeline of goods between the United States and the Allies, keeping American forces tied up defending the southwest border would slow the arrival of U.S. troops overseas. The German plan fell apart when British intelligence intercepted the Zimmermann telegram and delivered it to Wilson.

On April 2, 1917, Wilson asked Congress to declare war against Germany. Without a singular attack against the United States to galvanize the public, Wilson used his address to enumerate Germany’s crimes, which included putting American lives and shipping at risk with unrestricted submarine warfare, spying and sabotage within the United States, and encouraging Mexico to attack the United States. German aggression, Wilson declared, gave the United States no choice but to defend itself militarily.

The president’s emphasis on national security pleased preparedness advocates who had long believed that Wilson’s policy of neutrality, and the nation’s traditionally weak military, left the United States vulnerable to attack. Convincing progressive internationalists, who had created the American Union Against Militarism to advocate for peace, required a different argument. At the beginning of the twentieth century, progressive reformers spearheaded numerous domestic reforms to protect citizens from unregulated corporations, corrupt politicians, and unhealthy living environments. Progressive internationalists saw themselves as part of a worldwide movement, and they established strong professional networks dedicated to advancing progressive values. In his war address, Wilson also spoke to their concerns, emphasizing that Americans had a responsibility to fight for a more peaceful and just world. The most enduring phrases from his war address presented the war as a humanitarian campaign to spread American values and principles. “The world,” he proclaimed, “must be made safe for democracy.”

With a vote of 373-50 in the House and 90-6 in the Senate, the nation declared war on Germany on April 6, 1917. The United States eventually went to war against Austria-Hungary on December 7, 1917, but it never fought the Ottoman Empire or Bulgaria, the other Central powers. The United States was an Associated power, not an Allied power, a status that freed Wilson from the need to honor any preexisting agreements among the Allies about the eventual peace (especially those regarding territorial grabs). Instead, Wilson resolved to chart a new course for the Allies based on the principles he had outlined in his peace without victory and war addresses.

On January 8, 1918, Wilson expanded upon these themes in his Fourteen Points address to Congress. In it, he outlined a vision of peace that relied on democracy, free trade, disarmament, and a league of nations to ensure a peaceful future. Wilson now feared more than a Europe dominated by an autocratic German monarchy: The Russian Revolution in November 1917 had brought Vladimir Lenin and the Bolsheviks to power. Instead of capitalism, the Bolsheviks envisioned communism and its view of the collective over the individual as the wave of the future. But even Wilson’s partners expressed ambivalence about the idealistic war aims encapsulated in the Fourteen Points. “God gave us the Ten Commandments and we broke them. Wilson gives us the Fourteen Points. We shall see,” quipped French premier Georges Clemenceau.

1. The U.S. government did not take a side at the outset of World War I because

2. As World War I unfolded between 1914 and 1917, American trade with the Allied powers

4. When Europe went to war in 1914, President Woodrow Wilson decided to

5. For Woodrow Wilson, a “just peace” could be equated with

6. Germany’s reasoning behind the Zimmerman telegram to Mexico was based, in part, on Mexico’s

7. Woodrow Wilson’s use of phrasing such as “The world must be made safe for democracy” best echoed the sentiments of

“We entered this war because violations of right had occurred which touched us to the quick and made the life of our own people impossible unless they were corrected and the world secure once for all against their recurrence. What we demand in this war, therefore, is nothing peculiar to ourselves. It is that the world be made fit and safe to live in; and particularly that it be made safe for every peace-loving nation which, like our own, wishes to live its own life, determine its own institutions, be assured of justice and fair dealing by the other peoples of the world as against force and selfish aggression. All the peoples of the world are in effect partners in this interest, and for our own part we see very clearly that unless justice be done to others it will not be done to us. The programme of the world’s peace, therefore, is our programme.”

1. This excerpt challenged which prevailing norm?

2. What group would most directly support the sentiments in the excerpt?

3. What was a direct result of the sentiments represented in the excerpt?

“Telegram with a Translation of the Zimmermann Telegram. 2/24/1917.” https://www.docsteach.org/documents/document/translation-zimmermann-telegram