This month we spotlight the landmark free exercise case Cantwell v. Connecticut (1940). In this case, the Court held that the government has no role in determining religious truth. Furthermore, the Court also held that the peaceful expression of beliefs—including religious views that might offend some listeners—is protected by the First Amendment from infringement by the federal government as well as state governments.

Jesse Cantwell, walked with two family members along Cassius Street in New Haven, Connecticut. It was a Roman Catholic neighborhood. The Cantwells were Jehovah’s Witnesses, so they believed they had a sacred duty to bring their message to others. They carried religious materials with them, including pamphlets, books, and records. They also had a portable record player, which played an anti-Catholic message called “Enemies.” Jesse Cantwell stopped two Catholic men on the street. The men agreed to listen to the record, but reacted angrily when they heard it. They said they were tempted to hit him and told him to leave. Thereafter, the Cantwells were arrested for solicitation without a permit and for inciting a breach of the peace.

The Supreme Court unanimously overturned Cantwell’s convictions. First, the Court found Connecticut’s solicitation permit law unconstitutional. The law required anyone soliciting for charitable or religious purposes to have a permit. Before issuing a permit, the government would decide if the purpose was, “a religious one or is a bona fide object of charity or philanthropy” and whether it “conforms to reasonable standards of efficiency and integrity.” Because the local ordinance allowed officials to determine what causes should be considered religious, it violated the First Amendment. The Supreme Court recognized “the [First] Amendment embraces two concepts—freedom to believe and freedom to act.” The Court recognized an absolute freedom of belief, placing questions of religious truth outside the Court system.

In addition, the Court threw out Cantwell’s arrest for a breach of the peace. Cantwell had a First Amendment right to express his religious message. The Court held, “[Cantwell] had a right peacefully to impart his views to others.” Since there was no evidence that Cantwell personally insulted the men or argued with them, he could not be prosecuted for inciting breach of peace. Justice Roberts delivered the opinion and wrote of the First and Fourteenth Amendments, “Freedom of conscience and freedom to adhere to such religious organization or form of worship as the individual may choose cannot be restricted by law … and [they] safeguard the free exercise of the chosen form of religion.”

This case is also important because in it holding, the Court incorporated (or applied) the First Amendment’s free exercise to the states. Neither federal nor state governments could unduly infringe on the right to freely exercise religion without a compelling state interest. 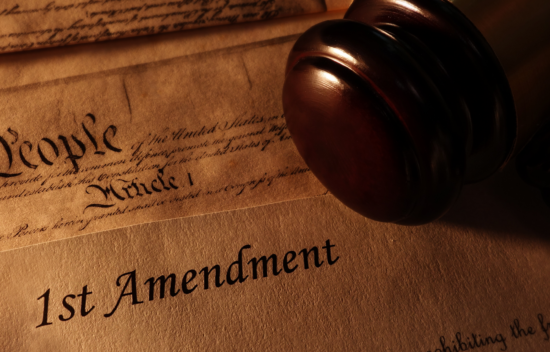 In this case, the Court held that the government has no role in determining religious truth.