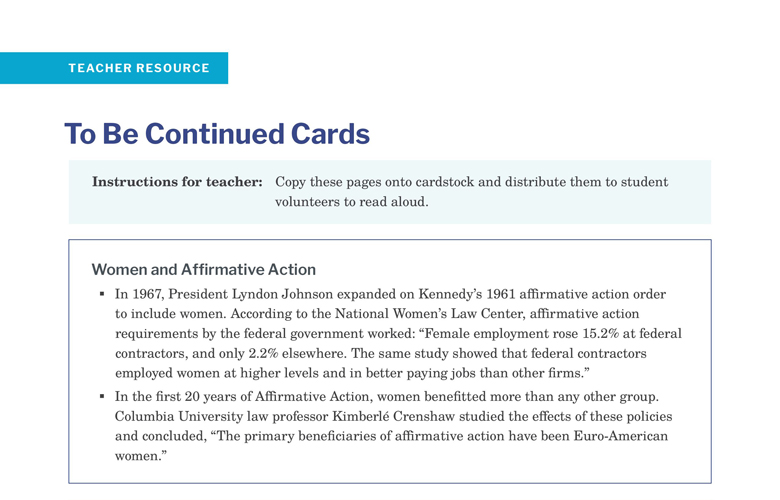 Copy these pages onto cardstock and distribute them to student volunteers to read aloud.

Economic Equality and the Wage-Gap

Women and the Family