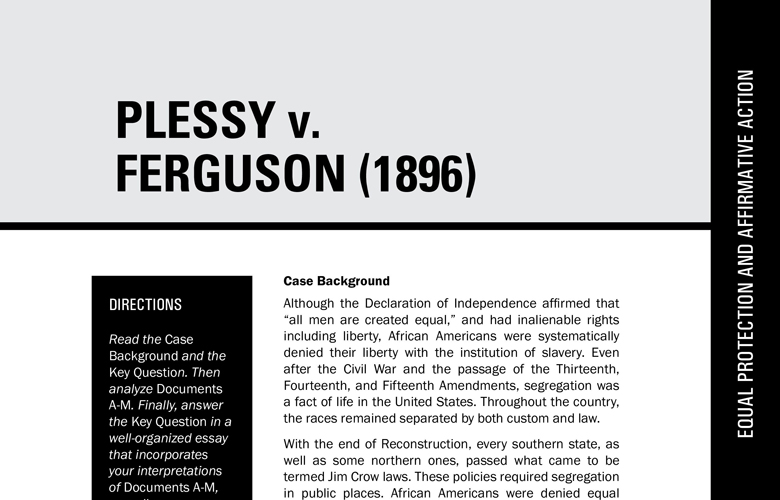 Although the Declaration of Independence affirmed that “all men are created equal,” and had inalienable rights including liberty, African Americans were systematically denied their liberty with the institution of slavery. Even after the Civil War and the passage of the Thirteenth, Fourteenth, and Fifteenth Amendments, segregation was a fact of life in the United States. Throughout the country, the races remained separated by both custom and law.

With the end of Reconstruction, every southern state, as well as some northern ones, passed what came to be termed Jim Crow laws. These policies required segregation in public places. African Americans were denied equal access to public facilities like transportation, education, and the voting booth. In 1878, the Supreme Court held that states could not require integration on interstate common carriers. In 1890, the Court held that Mississippi could require segregation on modes of interstate transportation.