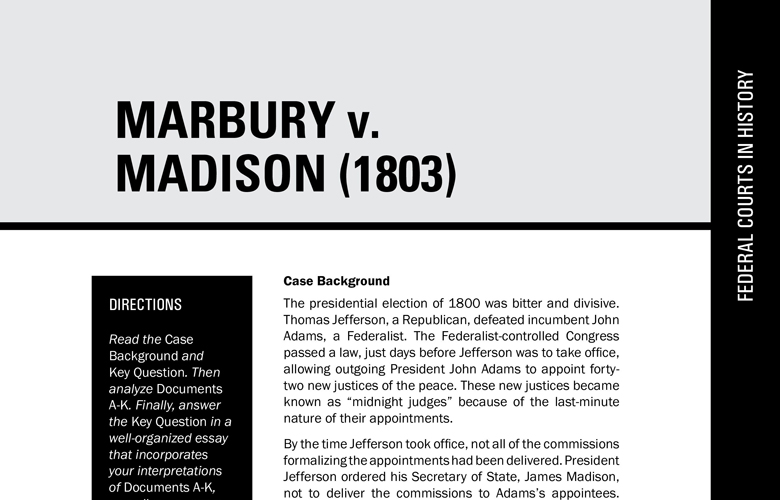 The presidential election of 1800 was bitter and divisive. Thomas Jefferson, a Republican, defeated incumbent John Adams, a Federalist. The Federalist-controlled Congress passed a law, just days before Jefferson was to take office, allowing outgoing President John Adams to appoint fortytwo new justices of the peace. These new justices became known as “midnight judges” because of the last-minute nature of their appointments.

Sitting as Supreme Court Chief Justice was John Marshall, a Federalist, and the cousin of Thomas Jefferson. In his landmark opinion, Marshall asserted that Marbury had a right to his commission, but that the Supreme Court lacked the power under Article III of the Constitution to force the President to deliver it. In so ruling, the Supreme Court overturned the portion of the 1789 Judiciary Act granting the Supreme Court the power to issue writs of mandamus. The Supreme Court had found an act of Congress unconstitutional, and judicial review was first exercised.