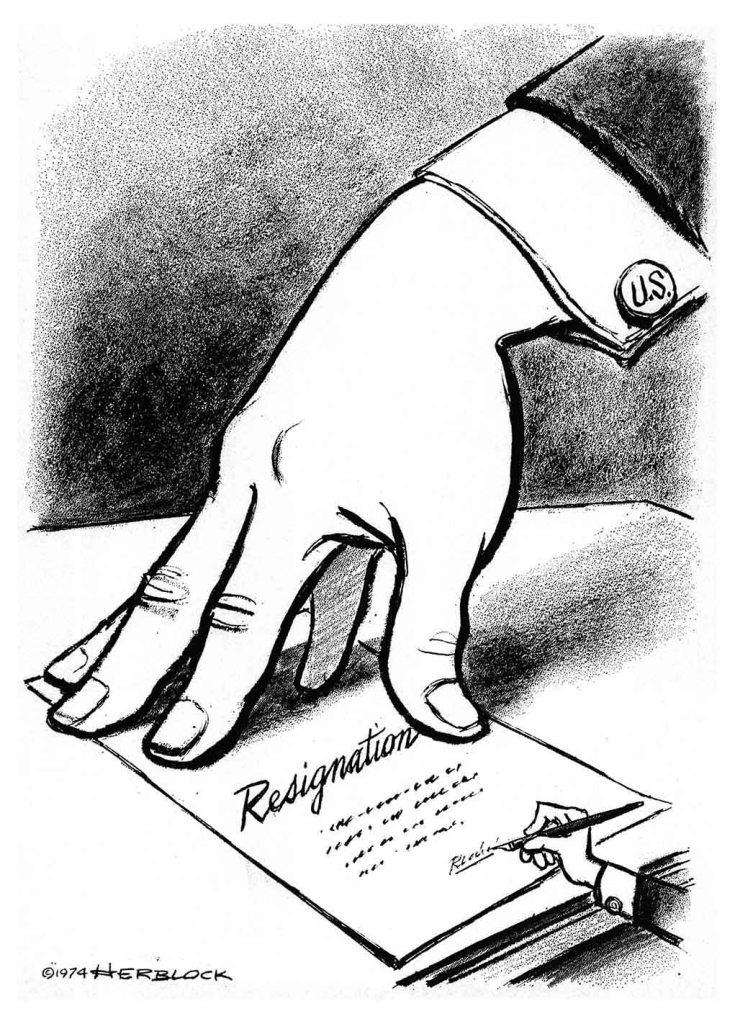 Herbert Lawrence Block, who signed his cartoons as Herblock, was an editorial cartoonist for the Washington Post from the mid-1940s until his death in 2001. Although Block had always been critical of President Richard Nixon, he found new material during the Watergate controversy with which to satirize the president. Starting in 1973, Block published a number of cartoons that kept the public updated on the unfolding scandal. In June 1973, the first of Nixon’s advisors accused the president of involvement in the cover up of the break-in at the Watergate office complex, the location of the Democratic National Committee headquarters. The following year, it was revealed that all conversations within the Oval Office were automatically recorded. Nixon refused to hand over the tapes to investigators, citing executive privilege. He argued the tapes contained confidential information that would impede the government and pose a security risk if released. In November 1973, Nixon famously declared “I am not a crook” at a press conference. However, within a few months, Nixon was deemed an “unindicted co-conspirator” by a grand jury and many of his closest aides were found guilty of various illegal activities. On July 27, the House Judiciary Committee recommended impeachment. Nixon resigned on August 9, 1974.