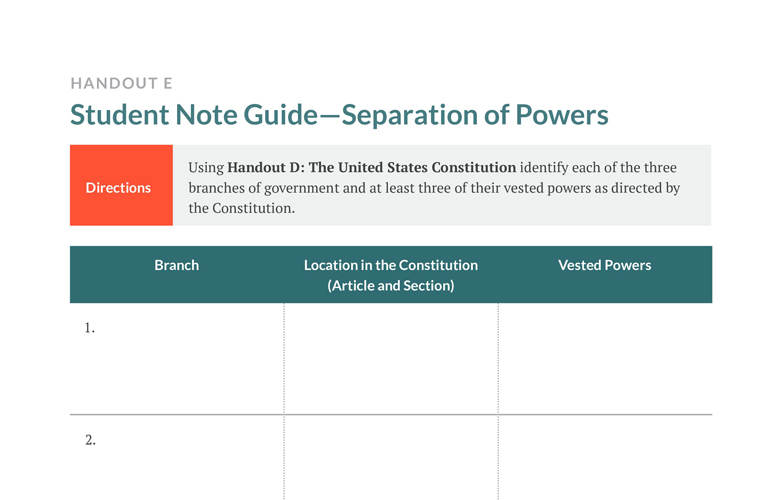 Directions: Using Handout D: The United States Constitution identify each of the three branches of government and at least three of their vested powers as directed by the Constitution.

Directions: Restate the quote below in your own words.

“The accumulation of all powers, legislative, executive, and judiciary, in the same hands, whether of one, a few, or many, and whether hereditary, self-appointed, or elective, may justly be pronounced the very definition of tyranny. Were the federal Constitution, therefore, really chargeable with the accumulation of power, or with a mixture of powers, having a dangerous tendency to such an accumulation, no further arguments would be necessary to inspire a universal reprobation of the system.” (James Madison, Federalist No. 47, 1788)

What was Madison’s point of view on separation of powers?