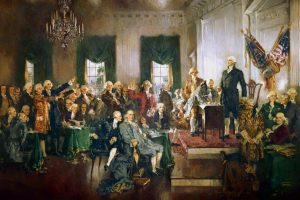 The Nature of Representation 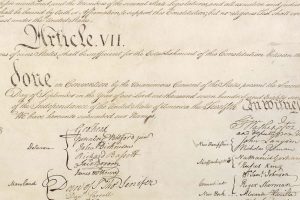 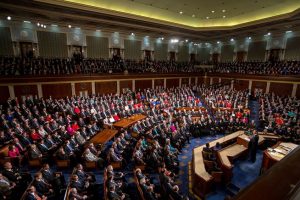 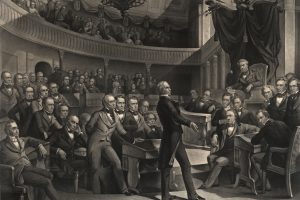 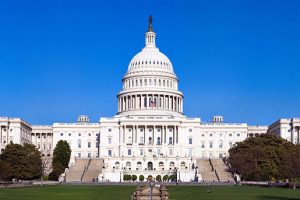 Congress in the Modern Era 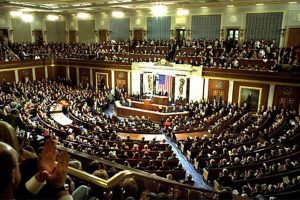 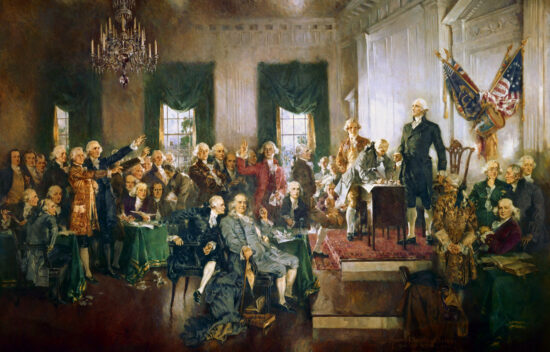 In this lesson, students trace the major debates regarding representation that occurred at the Constitutional Convention and during the ratification process, analyzing the constitutional principles that animated the deliberations. These debates included whether the legislature would be unicameral or bicameral, the method of electing representatives, whether states would be represented equally or proportionally by population in the legislature, and whether enslaved individuals would be included in the population count. After completion of the Philadelphia Convention of 1787, the debates continued as Anti-Federalists argued that the form of government created by the Constitution was insufficiently representative, and the liberties of the people would be in danger. Federalists defended the Constitution’s structure and insisted that the people would hold their elected representatives to high standards. Students participate in role play activities based on primary sources including James Madison’s The Debates in the Federal Convention of 1787, and the Federalist and Anti-Federalist Papers. 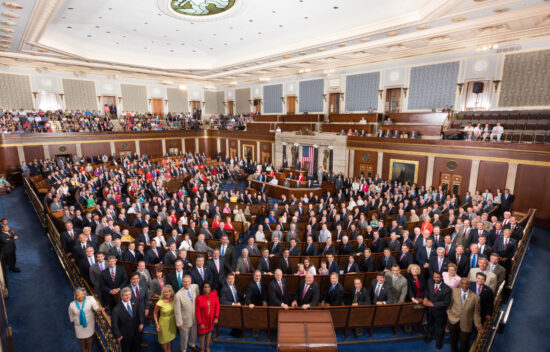 The Nature of Representation in the U.S. Congress

The framers of the Constitution set up a system of representation for the United States, which although informed by the experiences of other republics, was different from them. Outside the U.S. today, the main system of representation in republics is the parliamentary system, which lacks separation between the executive and the legislative branch. Under a parliamentary system, the chief executive, usually called a prime minister, is a member of parliament, but the Constitution establishes the legislature and the executive as two independent, but closely connected, branches. Members of the U.S. Congress experience a fundamental tension between being a trustee for the interests of the people and being their delegate. They also must balance the demands of the district with the interest of the nation, as well as determining the appropriate level of political party loyalty. 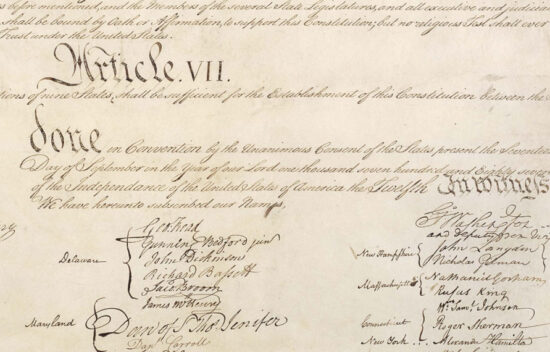 The national legislature created by the Articles of Confederation lacked sufficient powers to govern the country properly. The Constitutional Convention of 1787 created a stronger Congress with adequate powers to govern. The legislative powers were enumerated, or listed, in Article I, Section 8, whereas Article I, Section 9 enumerated powers which Congress was constitutionally restricted from exercising. Article VI made constitutional congressional laws and treaties part of the supreme law of the land. During the 1787-1788 ratification debate over the Constitution, the Federalists defended the strengthened, though limited, legislative branch and its relationship to the executive and judicial branches. The Anti-Federalists were critics of the Constitution including the Congress because they argued that it had unlimited powers and would destroy liberty. 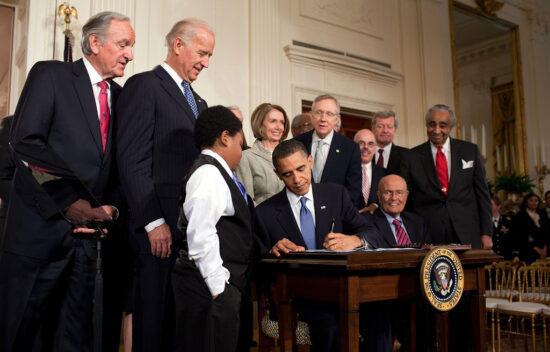 The Commerce Clause and the Expanding Powers of Congress

During the first century of the United States, the Congress acted upon the powers delegated to it by the Constitution, particularly those enumerated in Article I, Section 8. While this entailed some regulation by the national government, most economic policies were enacted at the state and local levels, and the federal government exercised little regulation of the economy. In the decades that followed the Civil War, the scope of power of Congress would grow exponentially. This expansion of power was fueled by new interpretations of the Commerce Clause in Article I, Section 8, which empowered Congress to “regulate interstate commerce.” However in the late nineteenth and twentieth centuries it was interpreted to justify a regulatory state that encompassed almost every aspect of American public life. These interpretations were confirmed and expanded by a series of Supreme Court decisions. The Supreme Court allowed Congress to exercise new powers in the name of commerce and to delegate its regulatory authority to the executive. In recent years there has been more resistance to this course of expansion. The Supreme Court more narrowly defined what commerce is and restricted the scope of congressional power. This has been further advanced by rules changes in the House of Representatives that require new bills to be more closely aligned with the enumerated powers of the Constitution. 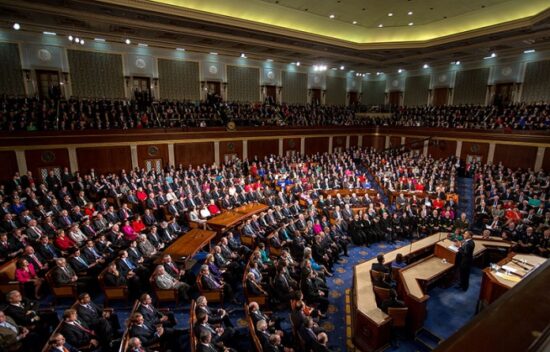 The Battle for Balance

The Framers of the Constitution had a rich intellectual foundation and long practical experience with representative legislatures from which to draw as they framed the new Constitution and founded a new nation. The Framers at the Constitutional Convention debated the principles of republican government, federalism, separation of powers, and checks and balances throughout the summer of 1787. They unanimously agreed that the government would be republican, or representative of the sovereign people, who gave their consent to form a government to protect their natural rights. 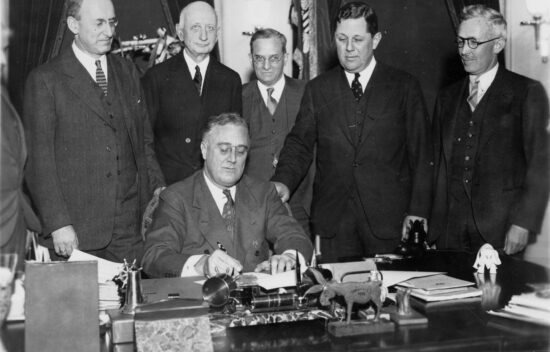 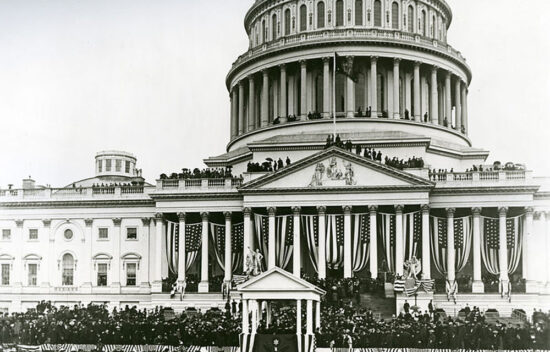 The Civil War to 1910: The Golden Age of Parties

With the defeat of the Confederate States of America in 1865, the victorious Union faced the question of how to rebuild a single nation. Congress and the Democratic Party were tainted by their association with “Copperheads,” who had sought peace at the price of recognizing the Confederacy as a sovereign nation. For this reason, the powers of both Congress and the Democratic Party were at their lowest point, and the Republicans and their president reigned supreme. After President Abraham Lincoln’s assassination, the new president, Andrew Johnson, controversially attempted to allow the former Confederate States’ representatives to take their seats in Congress. This move outraged the populace of the North and West. Not only were former Confederate rebels returning to the Congress, but these states would have even greater representation and power, as the passage of the Thirteenth Amendment allowed the Southern states to count their massive African American populations in full for the first time in their history. 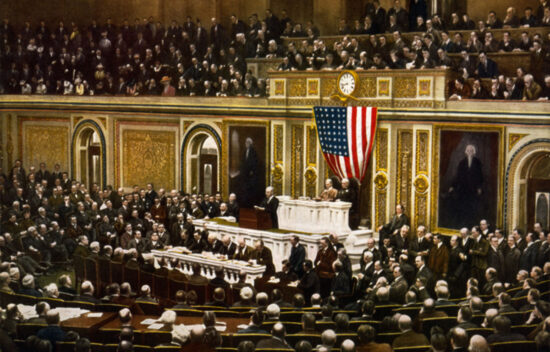 Congress in the 20th and 21st Centuries

As the United States entered a new century, it found itself a new country. Reborn from the ashes of the Civil War, the nation was establishing itself as a world economic power. The promise of freedom and opportunity had brought millions of European immigrants to the United States, and more were coming. These sweeping changes led many progressive reformers to advocate change at the state and national level. The Congress of the United States, too, was swept up in the spirit of reform. Constitutional amendments passed during this era fundamentally altered how the Congress functions. In addition, Congress changed its rules to reduce the influence of party leadership and decentralize power, distributing it to individual members and committees. As the century progressed, the legislature continued to shift and adapt to better respond to its ever-expanding reach.

Congress in the Modern Era

The Founders created a Congress designed to protect the public interest while balancing the conflicting views and concerns of citizens. Accordingly they designed the legislative process to be slow and messy. The goal was for Congress to be a deliberative body rather than a decisive one. This slow pace provides some of the checks that the Founders wanted to achieve. At times, the elected officials operate in turbulent and contentious waters; at other times, the members of the opposing parties reach collegial arrangements that place the interest of the public at the center of the decision. But over time Congress has changed and become a less deliberative body, focusing more on individual members’ interests rather than the interests of the nation as a whole. 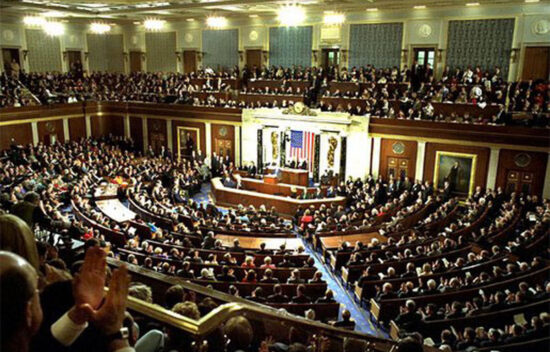 This lesson provides the scaffolding for you to conduct a simulation of the United States House of Representatives with your class! They will draft and advocate for legislation, work in committees, and carry out duties of legislative officers, and consider and vote on legislation. Through this experience they will gain a better understanding of how the House of Representatives functions and better appreciate the challenges faced by legislators.