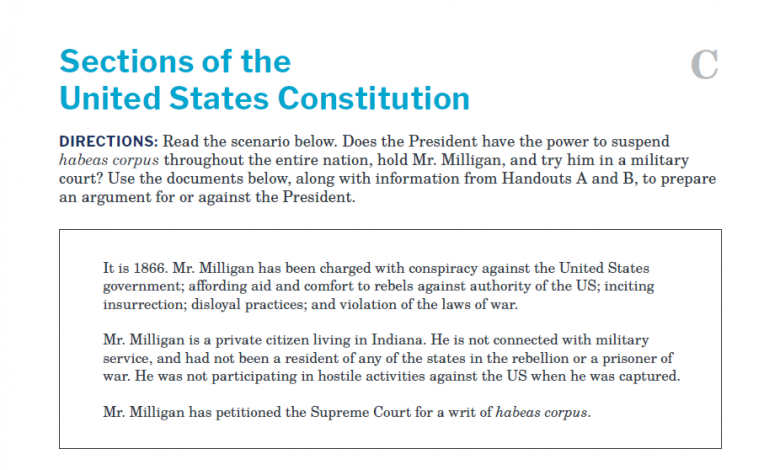 Sections of the United States Constitution

Directions: Read the scenario below. Does the President have the power to suspend habeas corpus throughout the entire nation, hold Mr. Milligan, and try him in a military court? Use the documents below, along with information from Handouts A and B, to prepare an argument for or against the President.

It is 1866. Mr. Milligan has been charged with conspiracy against the United States government; affording aid and comfort to rebels against authority of the US; inciting insurrection; disloyal practices; and violation of the laws of war.

Mr. Milligan is a private citizen living in Indiana. He is not connected with military service, and had not been a resident of any of the states in the rebellion or a prisoner of war. He was not participating in hostile activities against the US when he was captured.

Mr. Milligan has petitioned the Supreme Court for a writ of habeas corpus.

SECTIONS OF THE UNITED STATES CONSTITUTION (1787)

Handout B: A Proclamation