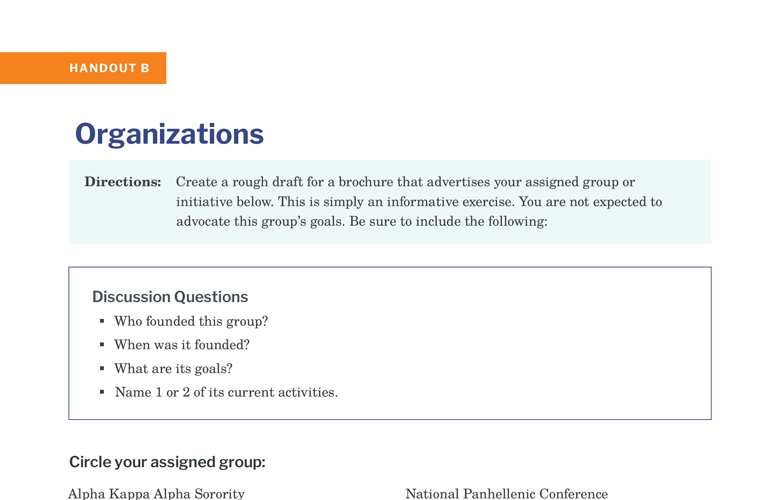 Create a rough draft for a brochure that advertises your assigned group or initiative below. This is simply an informative exercise. You are not expected to advocate this group’s goals. Be sure to include the following:

Center for American Women in Politics