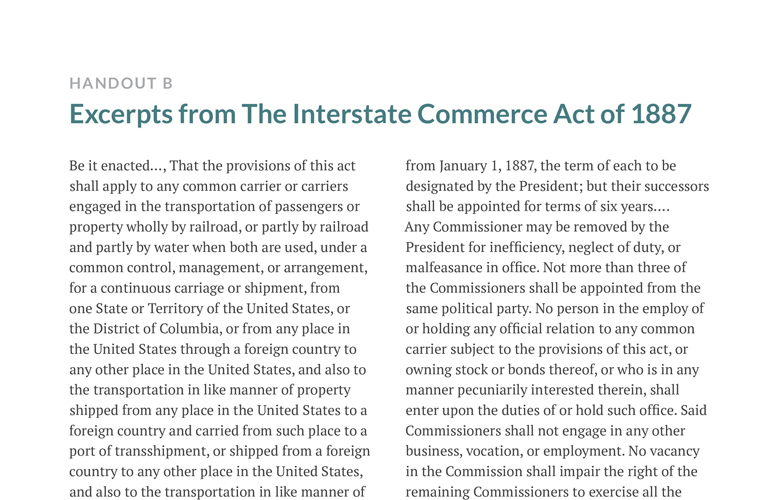 Sec. 12. That the Commission hereby created shall have authority to inquire into the management of the business of all common carriers subject to the provisions of this act, and shall keep itself informed as to the manner and method in which the same is conducted, and shall have the right to obtain from such common carriers full and complete information necessary to enable the Commission to perform the duties and carry out the objects for which it was created; and for the purposes of this act the Commission shall have power to require the attendance and testimony of witnesses and the production of all books, papers, tariffs, contracts, agreements, and documents relating to any matter under investigation, and to that end may invoke the aid of any court of the United States in requiring the attendance and testimony of witnesses and the production of books, papers, and documents under the provisions of this section…

Sec. 13. That any person, firm, corporation, or association, or any mercantile, agricultural, or manufacturing society, or any body politic or municipal organization complaining of anything done or omitted to be done by any common carrier subject to the provisions of this act, in contravention of the provisions thereof, may apply to said Commission by petition, which shall briefly state the facts; whereupon a statement of the charges thus made shall be forwarded by the Commission to such common carrier, who shall be called upon to satisfy the complaint or to answer the same in writing within a reasonable time, to be specified by the Commission….If there shall appear to be any reasonable ground for investigating said complaint, it shall be the duty of the Commission to investigate the matters complained of in such manner and by such means as it shall deem proper.

Full text can be found at:
http://www.ourdocuments.gov/doc.php?doc=49&page=pdf