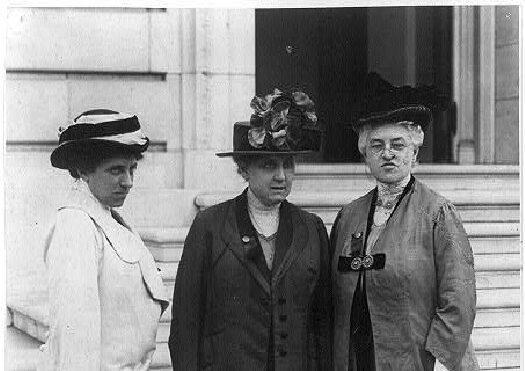 During the Gilded Age and Progressive Era, suffragists pressed for the United States to follow through on the assertions expressed in the Declaration of Independence (“that all men are created equal”) and then in the 1848 Declaration of Sentiments and Resolutions (“that all men and women are created equal”). By 1900, women had achieved suffrage in only six states or territories. In the next two decades, as progressivism gained momentum, women struggled to increase social, economic, and educational opportunities. The debate over women’s suffrage continued, however, as supporters advocated the principles of equality and government by consent and opponents sought to protect the traditional gender-determined spheres of activity and what they believed was the divine right and responsibility of men to protect women.

Elihu Root was a New York attorney who represented major corporations and prominent individuals in New York politics. He initially delivered the address excerpted before the New York Constitutional Convention of 1894. In 1909, as a U.S. senator, he reiterated these same arguments before the Senate Judiciary Committee hearing on the proposed suffrage amendment.

William Jennings Bryan was an active member of the Democratic Party throughout his life. He ran unsuccessfully for the U.S. presidency in 1896, 1900, and 1908. Bryan was a highly sought-after orator who favored several progressive reforms, including a graduated income tax, the regulation of child labor, world peace, and women’s suffrage. Furthermore, Bryan argued that religion was the foundation of morality, and a commitment to morality was necessary for equality and peace. Bryan is also known for his efforts to end the teaching of evolution in public schools, especially his role in the prosecution of Tennessee science teacher John Scopes in 1925. In 1914, as Woodrow Wilson’s secretary of state, Bryan wrote a handbill on the subject of women’s suffrage.