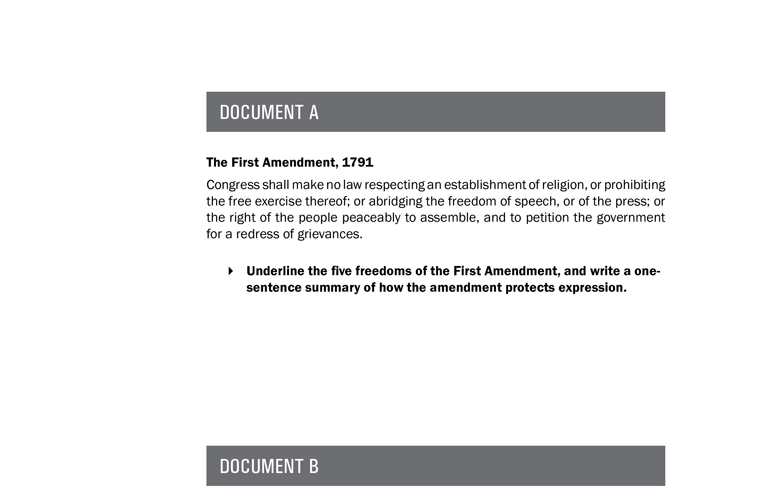 Symbolism is a primitive but effective way of communicating ideas. The use of an emblem or flag to symbolize some system, idea, institution, or personality, is a short cut from mind to mind. Causes and nations, political parties, lodges and ecclesiastical groups seek to knit the loyalty of their followings to a flag or banner, a color or design. The State announces rank, function, and authority through crowns and maces, uniforms and black robes; the church speaks through the Cross, the Crucifix, the altar and shrine, and clerical reiment. ….A person gets from a symbol the meaning he puts into it, and what is one man’s comfort and inspiration is another’s jest and scorn. 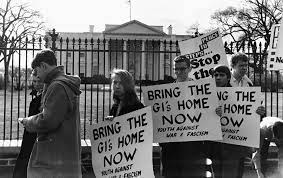 Three Examples of “Hate Mail” Received by the Tinker Family

Note: “Iowans for Peace” was a group opposed to the Vietnam War 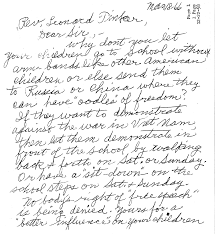 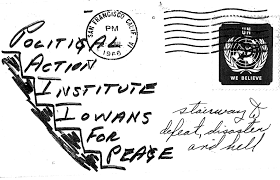 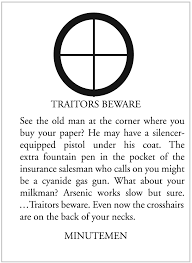 Justice White: Why did they wear the armbands in the class, to express that message [of protest against the Vietnam War]?

Johnston [representing the Tinkers]: To express the message.

White: And [for others] to understand it?

Johnston: And to understand it.

White: And to absorb that message?

Johnston: And to absorb the message.

White: …while they [other students] are studying arithmetic or mathematics, they are supposed to be taking in this message about Vietnam?

Johnston: …the message the students chose in this particular incident was specifically designed in such a way that it would not cause that kind of disruption. None of the teachers testified [of disruption] at the hearing in the district court.…

White: Physically it wouldn’t make a noise. It wouldn’t cause a commotion, but don’t you think that it would cause some people to direct their attention to the armband and the Vietnam War and think about that rather than what they were … supposed to be thinking about in the classroom?

Johnston: …It might for a few moments have done that, and I think it perhaps might have distracted some students just as many other things do in the classroom which are allowed from time to time.…

[I]t was a matter of the explosive situation that existed in the Des Moines schools at the time the regulation was adopted. …A former student of one of our high schools was killed in Vietnam. Some of his friends are still in school. It was felt that if any kind of a demonstration existed, it might evolve into something which would be difficult to control.

Justice Marshall: Do we have a city in this country that hasn’t had someone killed in Vietnam?

Herrick: No, I think not your honor. But, I don’t think it would be an explosive situation in most, in most cases, but if someone is going to appear in court with an armband here protesting the thing, then it could be explosive. That’s the situation we find here….

Marshall: It could be [explosive]. Is that your position?

Herrick: Yes. It could be.

It can hardly be argued that either students or teachers shed their constitutional rights to freedom of speech or expression at the schoolhouse gate. …The problem posed by the present case does not relate to regulation of the length of skirts or the type of clothing, to hair style, or deportment. It does not concern aggressive, disruptive action or even group demonstrations. Our problem involves direct, primary First Amendment rights akin to “pure speech.”

If a regulation were adopted by school officials forbidding discussion of the Vietnam conflict, or the expression by any student of opposition to it anywhere on school property except as part of a prescribed classroom exercise, it would be obvious that the regulation would violate the constitutional rights of students, at least if it could not be justified by a showing that the students’ activities would materially and substantially disrupt the work and discipline of the school. In the circumstances of the present case, the prohibition of the silent, passive “witness of the armbands,” as one of the children called it, is no less offensive to the Constitution’s guarantees.

Although I agree with much of what is said in the Court’s opinion, and with its judgment in this case, I cannot share the Court’s uncritical assumption that, school discipline aside, the First Amendment rights of children are coextensive with those of adults.

Although I agree with much of what is said in the Court’s opinion, and with its judgment in this case, I cannot share the Court’s uncritical assumption that, school discipline aside, the First Amendment rights of children are coextensive with those of adults.

…I have never believed that any person has a right to give speeches or engage in demonstrations where he pleases and when he pleases.

The truth is that a teacher of kindergarten, grammar school, or high school pupils no more carries into a school with him a complete right to freedom of speech and expression than an anti-Catholic or anti-Semite carries with him a complete freedom of speech and religion into a Catholic church or Jewish synagogue …[There is no] complete constitutional right to go into those places contrary to their rules and speak his mind on any subject he pleases….

Uncontrolled and uncontrollable liberty is an enemy to domestic peace. …School discipline, like parental discipline, is an integral and important part of training our children to be good citizens. …The Federal Constitution [does not] compel … teachers, parents, and elected school officials to surrender control of the American public school system to public school students. I dissent.

[S]chool officials should be accorded the widest authority in maintaining discipline and good order in their institutions. To translate that proposition into a workable constitutional rule, I would, in cases like this, cast upon those complaining the burden of showing that a particular school measure was motivated by other than legitimate school concerns—for example, a desire to prohibit the expression of an unpopular point of view, while permitting expression of the dominant opinion. 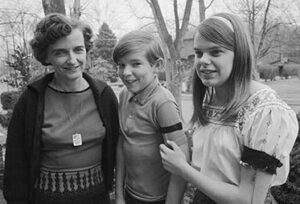 …Action, even if clearly for serious protest purposes, is not entitled to the pervasive protection that is given to speech alone. …It may be subjected to reasonable regulation that appropriately takes into account the competing interests involved.

“A Symbolic Protest Mounted by Vietnam Veterans Against the War,” 1976 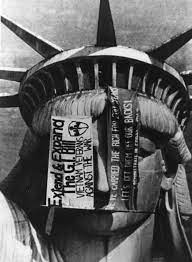 KEY QUESTION: Evaluate the extent to which the First Amendment should protect symbolic speech, and the degree to which that protection should be guaranteed to students in public school.