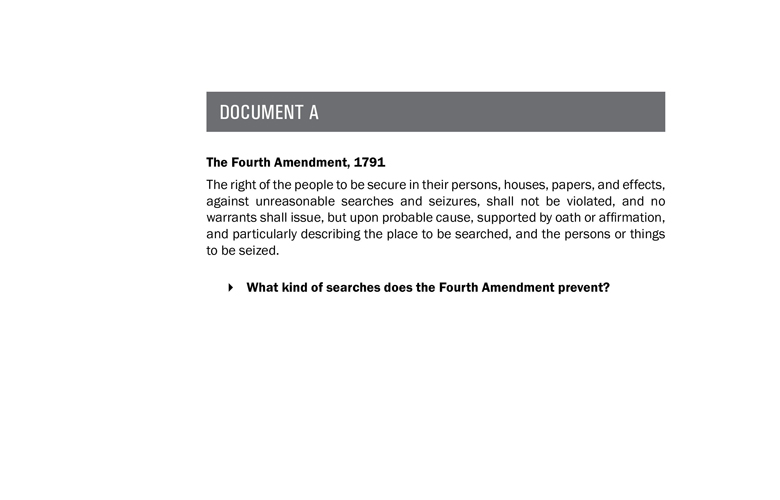 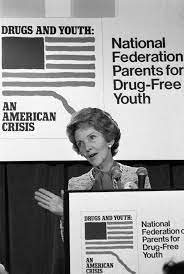 Against the [public school student’s] interest in privacy must be set the substantial interest of teachers and administrators in maintaining discipline in the classroom and on school grounds. …[I]n recent years … drug use and violent crime in the schools have become major social problems.…

Even in schools that have been spared the most severe disciplinary problems, the preservation of order and a proper educational environment requires close supervision of schoolchildren, as well as the enforcement of rules against conduct that would be perfectly permissible if undertaken by an adult.

The warrant requirement, in particular, is unsuited to the school environment. …[W]e hold today that school officials need not obtain a warrant before searching a student who is under their authority….

The fundamental command of the Fourth Amendment is that searches and seizures be reasonable.…

The Fourth Amendment is applicable to the drug and alcohol testing mandated or authorized by [the Federal Railroad Administration]. …This Court has long recognized that a compelled intrusion into the body for blood to be tested for alcohol content and the ensuing chemical analysis constitute searches.

…Moreover, although the collection and testing of urine under the regulations do not entail any intrusion into the body, they nevertheless constitute searches, since they intrude upon expectations of privacy as to medical information and the act of urination that society has long recognized as reasonable.

The issue in this case is not whether declaring a war on illegal drugs is good public policy. …In widening the “special needs” exception to probable cause to authorize searches of the human body unsupported by any evidence of wrongdoing, the majority today completes the process begun in T.L.O. of eliminating altogether the probable-cause requirement for civil searches. …There is no drug exception to the Constitution.

The Student Athlete Drug Policy adopted by … the town of Vernonia, Oregon, authorizes random urinalysis drug testing of students who participate in the [School] District’s school athletics programs. …Not only were student athletes included among the drug users but … athletes were the leaders of the drug culture….

Central, in our view, to the present case is the fact that the subjects of the Policy are (1) children, who (2) have been committed to the temporary custody of the State as schoolmaster. New Jersey v. T.L.O. … emphasized that the nature of that power … permit[s] a degree of supervision and control that could not be exercised over free adults….

School sports are not for the bashful. …Public school locker rooms, the usual sites for these activities, are not notable for the privacy they afford. …No individual dressing rooms are provided; shower heads are lined up along a wall, unseparated by any sort of partition … not even all the toilet stalls have doors….

Deterring drug use by our Nation’s schoolchildren is at least as important as … deterring drug use by engineers and trainmen, which was the governmental concern in Skinner. …Finally, it must not be lost sight of that this program is directed more narrowly to drug use by school athletes, where the risk of immediate physical harm to the drug user or those with whom he is playing his sport is particularly high.

Question: If we look at what people might expect in the real world, where people know that athletes, professional athletes, Olympic athletes, athletes are tested for drugs, but people who are just everyday people aren’t. So, Vernonia could be regarded as all the students who are athletes—they will be treated as athletes are generally. But that’s not true of the large population of high school students.

Mr. Clement: I think one fact is that I think it is increasingly becoming true that these sorts of policies are in society as a whole. And one of the petitioners in this case who didn’t want to be drug tested at school had to go get drug tested for the job at the Kmart, at the McDonald’s. And I do think that probably does have some influence on the reasonable expectations of privacy in this area.

Mr. Boyd: It does need to turn in the end on some kind of reasonable line drawing. I think it was reasonable for the Court to say in Vernonia, the line that was drawn by Vernonia among athletes, the vast majority of whom are doing things that, if not involving physical contact, certainly involve exertion that in the opinion of the Court could cause death. Death was the word that was used by this Court. Also, in Skinner, death from train accidents. …Those were the stakes in those cases. Here you’ve got a choir.…

Question: What do you say just frankly to the argument: We’re standing in loco parentis [in place of the parent] and if we think it’s reasonable to do it, we can do it. What’s the answer to that argument?

Boyd: I think the answer to the argument is the Fourth Amendment turns on reasonableness. It’s not a majority rules standard. And I think you have to look at the incremental intrusion here.…

Searches by public school officials, such as the collection of urine samples, implicate Fourth Amendment interests. We must therefore review the School District’s Policy for “reasonableness,” which is the touchstone of the constitutionality of a governmental search….

While schoolchildren do not shed their constitutional rights when they enter the schoolhouse…Fourth Amendment rights … are different in public schools than elsewhere; the ‘reasonableness’ inquiry cannot disregard the schools’ custodial and tutelary responsibility for children.

Applying the principles of Vernonia to the somewhat different facts of this case, we conclude that [Pottawatomie’s] Policy is also constitutional….

A student’s privacy interest is limited in a public school environment where the State is responsible for maintaining discipline, health, and safety. …Securing order in the school environment sometimes requires that students be subjected to greater controls than those appropriate for adults….

[S]tudents who participate in competitive extracurricular activities voluntarily subject themselves to many of the same intrusions on their privacy as do athletes. Some of these clubs and activities require occasional off-campus travel and communal undress. All of them have their own rules and requirements for participating students that do not apply to the student body as a whole. …This regulation of extracurricular activities further diminishes the expectation of privacy among schoolchildren….

Given the minimally intrusive nature of the [urine] sample collection and the limited uses to which the test results are put, we conclude that the invasion of students’ privacy is not significant….

The drug abuse problem among our Nation’s youth has hardly abated since Vernonia was decided in 1995. In fact, evidence suggests that it has only grown worse.…

In upholding the constitutionality of the Policy, we express no opinion as to its wisdom. Rather, we hold only that [Pottawatomie’s] Policy is a reasonable means of furthering the School District’s important interest in preventing and deterring drug use among its schoolchildren.

Concurring Opinion, Board of Education of Pottawatomie v. Earls, 2002

[T]he program at issue here seeks to discourage demand for drugs by changing the school’s environment in order to combat the single most important factor leading school children to take drugs, namely, peer pressure. …It offers the adolescent a nonthreatening reason to decline his friend’s drug-use invitations, namely, that he intends to play baseball, participate in debate, join the band, or engage in any one of half a dozen useful, interesting, and important activities….

I cannot know whether the school’s drug testing program will work. But, in my view, the Constitution does not prohibit the effort.

Dissenting Opinion, Board of Education of Pottawatomie v. Earls, 2002

Seven years ago, in Vernonia School Dist. v. Acton, (1995), this Court determined that a school district’s policy of randomly testing the urine of its student athletes for illicit drugs did not violate the Fourth Amendment. In so ruling, the Court emphasized that drug use “increase[d] the risk of sports-related injury” and that Vernonia’s athletes were the “leaders” of an aggressive local “drug culture” that had reached “epidemic proportions.”

Today, the Court relies upon Vernonia to permit a school district with a drug problem its superintendent repeatedly described as “not … major,” to test the urine of an academic team member solely by reason of her participation in a nonathletic, competitive extracurricular activity—participation associated with neither special dangers from, nor particular predilections for, drug use….

The particular testing program upheld today is not reasonable, it is capricious, even perverse: Petitioners’ policy targets for testing a student population least likely to be at risk from illicit drugs and their damaging effects. I therefore dissent….

While extracurricular activities are “voluntary” in the sense that they are not required for graduation, they are part of the school’s educational program… Participation in such activities is a key component of school life, essential in reality for students applying to college, and, for all participants, a significant contributor to the breadth and quality of the educational experience. 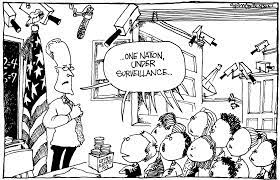 As a deterrent, few methods work better or deliver clearer results [than drug testing]. Drug testing of airline pilots and school bus drivers, for example, has made our skies and roads safer for travel….

[F]ailure to protect our children from drug use and addiction is unacceptable. We cannot responsibly withhold tools as effective as drug testing from communities that believe such measures are appropriate and will save young lives….

Experience has taught us that people at the local level often know best how to deal with drug problems in their communities. But to combat this insidious threat, they need good information and the best resources available. The Supreme Court’s ruling will help schools meet these needs. This is good news for students, parents, and teachers. And it is good news for America….