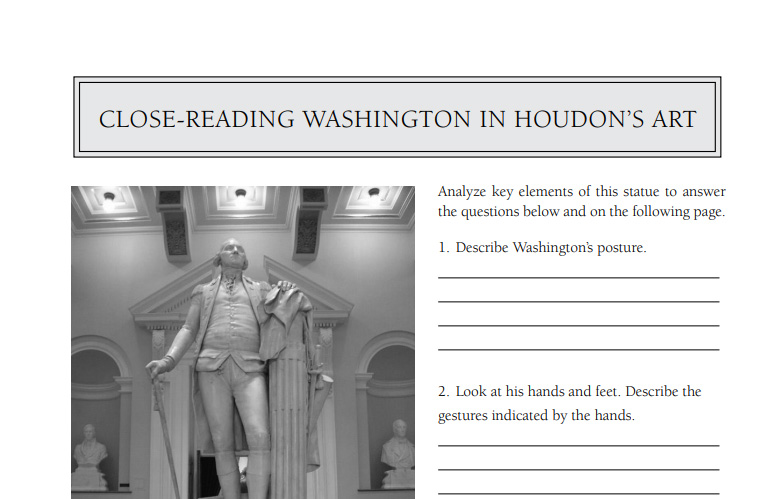 Analyze key elements of this statue to answer the questions below and on the following page.

*Lucius Quinctius Cincinnatus was an ancient Roman soldier and statesman who worked on his own farm until, during an invasion, he was asked to serve as dictator of Rome. He did so, and after the Roman victory over the invaders, he relinquished his power in order to return to his farm.