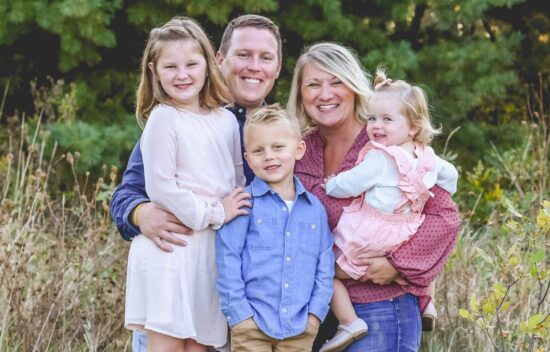 Besides being named a James Madison Fellow, Thomas Griffin’s proudest moments as a teacher over the last thirteen years have come while “working with students who have been implementing projects designed for civic engagement in which they took action in an effort to address problems that were important to them.”

Thomas currently teaches U.S. History, World History, and AP World History at Johnston High School in Johnston, Iowa. He currently serves on the Bill of Rights Institute’s teacher advisory council and has attended several BRI seminars over the years and uses several resources in his classroom. One of his favorite lessons is “What is the Significance of the Free Exercise Clause?”

“Being able to engage students in meaningful discussions and debate with reliable materials as the anchor for complicated and challenging topics is invaluable as a teacher,” says Thomas.

As far as his choice to become a teacher, Thomas credits his third grade teacher, Mrs. Martin, who “gave us opportunities as students to share something with our classmates each week. She made teaching and learning so much fun that I knew I wanted to become a teacher.”

When asked about a favorite historical figure, Thomas struggles, but settles on Teddy Roosevelt, citing his interesting personal life, major accomplishments, his role in the Progressive Era, and his impact on modern on modern government, all of which make for a “complicated and interesting legacy.”

On the question of who influences him most today, however, there is no debate. “My perspective changed,” says Thomas, “when I became a dad. Now every decision I make is influenced by three little people. I want to set a good example for them and live up to their expectations of me. Being a dad has made me a better person and a better teacher.”