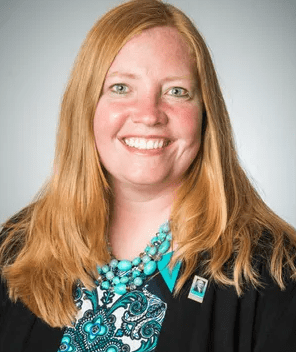 Rhonda Watton is a goal setter and a goal achiever and aims to inspire her students to be the same. Whether earning National Board Certification, being named the NCSS Middle-Level Teacher of the Year, the Gilder Lehrman Wisconsin History Teacher of the Year, or climbing Mt. Fuji, she aims for excellence in everything she does.

Rhonda has taught for over 30 years, is a member of the Bill of Rights Institute’s teacher council, and currently teaches 8th-grade social studies (U.S. History and Government) at Templeton Middle School in Sussex, Wisconsin.

Rhonda’s parents have been the most significant influence on her. “They are my constant source of support and encouragement,” she says, “And have taught me that through hard work and dedication, I could achieve anything.”

She knew she wanted to be a teacher from an early age and was influenced by many great teachers who served as inspirational role models, something she hopes to be for her students.

Though she has several favorite historical figures, it’s Benjamin Franklin who Rhonda finds especially interesting and inspiring. “He was a brilliant writer, inventor, scientist, philosopher, politician, the first postmaster general, and was involved in the writing of the Declaration of Independence, the U.S. Constitution, and the Peace Treaty with Paris,” Rhonda observes. “Franklin was a leading diplomat and was an effective leader among his peers. His witty sense of humor, as seen in Poor Richard’s Almanack, makes him a person I would have loved to have met.”

In addition to serving on the teacher council, Rhonda has attended numerous Bill of Rights Institute seminars over the years. Her favorite was participating in a Socratic workshop. “This teaching strategy was very effective with my eighth graders and helped deepen the conversation among the students,” Rhonda says, “Allowing them to be able to make a claim and provide evidence from the sources provided.”

And what lofty goals are next on the list for this busy social studies educator? “I hope to travel to all the continents one day–I only have two more to go (South America and Antarctica), along with visiting all of the presidential libraries.”