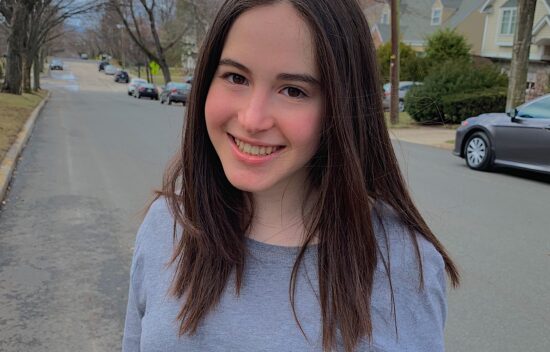 Noa’s favorite subjects are Math and History. She is also very involved in extracurricular activities, writing for the school newspaper, participating in the Model U.N., on the debate team, and serving on the school’s volunteer committee.

We always ask our Think the Vote winners who they would follow from history on social media if that person were alive today. Noa’s answer was Herbert Hoover, who she wrote a paper about in the 7th grade. “I think he is someone who is misrepresented in history,” says Noa. “Many blame him for the Great Depression, when in fact he contributed so much to the world. So I’d want to give him a vote of support by following him.”

The issues important to Noa as a future voter include education, encouraging bipartisanship, and addressing income inequality. Her biggest influence is her older sister whose encouraging advice and work ethic have served as an inspiration.

And what does Noa’s future look like? “My dream, right now,” she says, “is to major in international relations, and either go to law school, work with a government agency internationally, or both!”