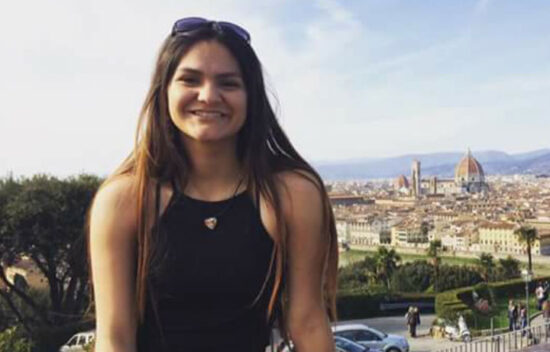 Natalia is a passionate member of the Bill of Rights Institute Student Network; the 2017 Constitutional Academy was privileged to have her as a participant. Her work ethic and high levels of community engagement gave her the opportunity to visit the White House in 2016 for a Civic Workshop. While there, she developed the skills necessary to have a positive and lasting impact in her community. Natalia used that workshop to help form her lifelong goal: changing people’s perspective on immigration. Although a difficult task, she is prepared to start her own organization to achieve that goal and talk to as many people as possible about the benefits of immigration and how coming to the United States changed the lives of many of her friends and family.

Along with her fellow students in Constitutional Academy, Natalia was able to develop her civil discourse skills throughout the week in Washington, D.C. She will use what she learned to achieve her ultimate goal, changing the world by fostering peace and understanding among all people. She stated, “We are the next generation; we are the change,” as she referenced the importance of understanding the Constitution. Her favorite resource that the Institute offers is the easy access to the full text of the Constitution and the amendments. Natalia is thankful that the Bill of Rights Institute offers resources that can point herself and her peers to the founding principles.

When asked about her favorite amendment, Natalia did not hesitate to answer the First Amendment. She believes that with increased immigration, there must be a way for residents of the United States to talk about their cultures. For Natalia, that is what creates a healthy society and part of what makes America great. Natalia also mentioned that the First Amendment “has always been an importance throughout history, and because of this right, people have been able to impact and change the world by protesting and fighting for change.”

In the future, be sure to look for Natalia studying political science at Texas Tech or the University of Texas and eventually pursuing a J.D. Her ambition will surely carry her to help as many people as possible reach their dreams of staying in the United States. Natalia’s passion and ability to use the resources she is surrounded by will give her great success in life and in her fight for a world that can talk about and embrace its differences.