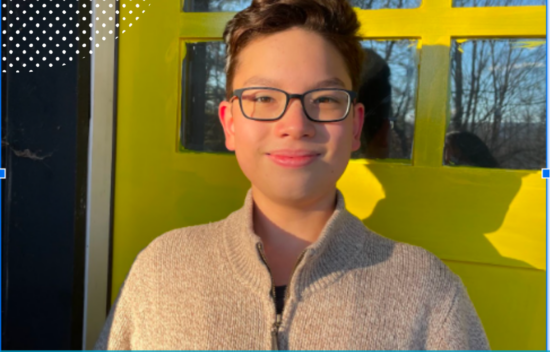 One of the 2022 We the Students Runner-Up winners, Miles Erdly-Liang is a ninth-grader at Hunter College High School in New York City. Miles has a number of interests that he is furthering through membership in his high school’s Model UN, Term Council, and FIRST Robotics chapters. The latter of which influenced his answer of Alan Turing when posed with the question of which historical figure he would follow if they were alive and on social media today. However, FIRST Robotics is not the only club that reflects Miles’ areas of interest, some of his favorite classes include world history, English, and biology.

Although he can’t vote yet, the most important issues to Miles include improving climate change, working towards bipartisanship, and maintaining a rule of law based international order. Also of importance to Miles when it comes to politics, are interstate cooperation and diplomacy. Furthermore, Miles states that his greatest influences are those who exhibit courage in the face of political pressure.