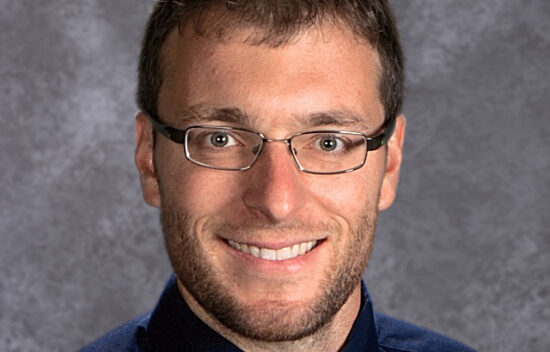 Michael Sandstrom teaches American History, Advanced Placement U.S. History, World History, and Civics in Chadron, Nebraska. He has been teaching for seven years and holds a Bachelors of Science in Social Science Secondary Education and a Masters of Arts in Education in History from Chadron State College. He is currently working on a Masters of Arts in American History from Pace University and plans to finish this May.

Though his teaching career has been relatively short, he is a very accomplished educator. He was the James Madison Institute Colorado Fellow in 2015 (after he tried for two years!). He says that that program was incredibly formational for him. In addition, in 2019 (after relocating to teach at his alma mater Chadron High School), Gilder Lehrman awarded him their Nebraska History Teacher of the Year award. He says “To receive this award, in front of all my former teachers and students, was both shocking and overwhelming.”

Michael finds it hard to choose between Thomas Jefferson and Abraham Lincoln for his favorite historical figure. He says of Jefferson “In many ways, [he] is the promise of what American life could be. He was the Renaissance Man who could speak multiple languages and wrote many of America’s most foundational documents in beautiful flurries of rhetoric” and yet he continues of Lincoln “I am also drawn to Abraham Lincoln who seems to symbolize the realization of that American ideal. The hardworking, backwoodsmen who became president and saved the republic. The story is hard to put down, especially with his tragic death.”

To address recent shift to online instruction, Michael is “making short presentations over Zoom and sharing these with [his] students through a private YouTube channel. The presentations cover any new information and generally provide some reassurance and consistency”. He has “been using a lot of Stanford History Education Group’s lesson and having [his students] complete those over Google Classroom.” He is also “[planning to] attempt several Zoom sessions to help the students gain a sense of normalcy and community.”