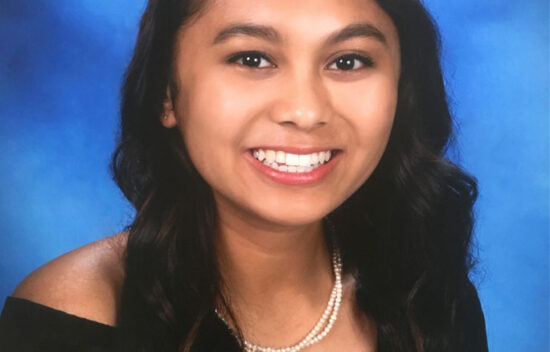 As the coxswain on her school’s crew team, Maiah Khin steers the boat and guides her teammates. In a few years though, don’t be surprised to see her steering international relations! Maiah’s heritage drives her passion for government and policy. Her family came to American from Burma, and their experiences in that country have deepened her appreciation for the freedoms of America. She’s fluent in Burmese, works as a tutor, is teaching herself Arabic, and has co-founded a public service and stress relief club at her school.

Maiah’s desire to engage with civics led her to the Bill of Rights Institute. She often visits the Institute’s website to read resources and access educational videos. In 2016, she was accepted to the Institute’s Constitutional Academy. This experience helped Maiah deepen her understanding of the inner workings of the United States government. She notes that the resources the Academy provided have helped her in classes she is currently taking. Her favorite part of Constitutional Academy was attending a naturalization ceremony. She describes it as an opportunity for her to, “learn more deeply what her family went through.” She also enjoyed hearing from veterans at Arlington National Ceremony, as her father served in the military. She credits participating in the Academy as the experience that cemented her desire to study history and international relations.

When asked which aspect of the Constitution she thinks most significant, Maiah highlighted the First Amendment. For her, freedom of speech is important because, “many other forms of government don’t provide the right to say what you want.” She feels America is special in that regard.

Maiah will graduate in 2017, and is excited to attend college and pursue a career in international relations, perhaps one day working for the CIA.