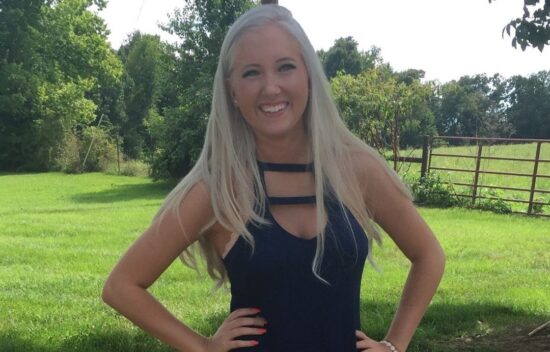 Madalyn is a Senior from Nixa High School in Missouri. She is actively involved in her school and community. Her peers and Constitutional Academy colleagues have characterized her as, “opinionated, invested in politics, and owning a voice of her own,” and Institute staff note that she, “could debate and discuss policy as well as any participant in the history of the Academy.”

Reflecting back on Constitutional Academy, Madalyn describes the experience as, “an opportunity to learn from political professionals and historians, as well as a chance to refresh my beliefs after hearing academic discourse among other students and participating in Academy debates.” She also noted that the academy helped her explore career opportunities as well as connect with prominent D.C. figures.

Madalyn looks to instill founding principles into many areas of her life. She spends a lot of her time relating the founding ideas of absolute freedom and free movement of information to current marketing and education practices. She compares her commitment to those principles to Alexander Hamilton’s commitment to The Federalist Papers, noting, “I spend a lot of my Twitter characters defending policies and politicians I believe in.”

Madalyn will be graduating in 2017 with the goals of working on political campaigns through campaign marketing and eventually running for office herself. She is passionate about criminal justice and prison reform and aspires to create change in those areas.