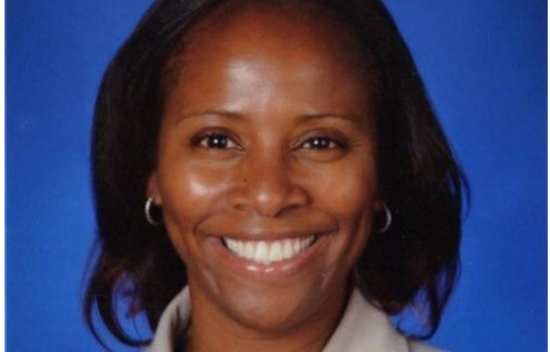 A teacher at Cutler Bay High School in Miami, Florida, Bill of Rights Institute Teacher Council member La-Shanda West has earned a Masters of Science and Education Specialist Degree on top of her Bachelor of Arts. When looking back on her nineteen years in the classroom teaching social studies, La-Shanda’s proudest moments include being named the 2016 National Celebrity Educator of the Year and being honored by the Veterans of Foreign Wars as the National Citizenship Education Teacher.

The latter award speaks to La-Shanda’s time as a Reserve Officers’ Training Corps (R.O.T.C.) cadet and then officer as she followed in the footsteps of her father who served in the U.S. Army. Although La-Shanda credits R.O.T.C. with building her discipline, it was her time as a cheerleader that she feels helped fuel her high energy spirit. This enthusiasm, which shone around children, is also what led many friends to pose the question “Have you thought about teaching?” Eventually, it was enough to convince La-Shanda to complete her teaching application and she has “remained a servant to the classroom and community ever since.”

In spite of the persuading it took, La-Shanda loves being an educator. Among the many resources she uses in her classroom, she is particularly fond of using BRI’s lesson, “Abraham Lincoln, the Emancipation Proclamation and Justice” because “it examines a critical point in American History about slavery and morality.” She notes how the discussions of morality are also applicable to students’ daily lives through the decisions that they constantly encounter and face.