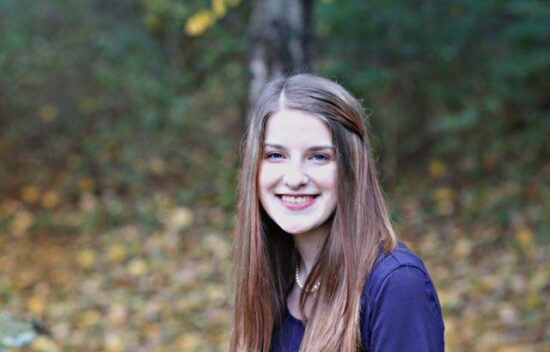 Kyla O’Guin is one busy and accomplished high schooler, to say the least. A member of BRI’s student network, Kyla is a junior at East Hickman High School in Lyles, Tennessee, where she especially enjoys her Spanish and science classes. Outside the classroom, Kyla serves as secretary of the Student Council in addition to being a member of East Hickman’s Spanish Club, Beta Club, yearbook staff, and STAR Teens.

She references her mother as her greatest role model in life, “because she always stands up for her beliefs.” Another formative influence on Kyla is Holocaust victim Anne Frank, the historical figure Kyla would most want to follow on social media if she were alive today, because of her “remarkable personality” in the face of tragedy.

Kyla cites “continually [engaging] in discourse” as an important way that she can “enhance [her] understanding of political issues.” In particular, civil rights, animal rights, and health care are three such issues that she values most. As for her future ambitions, Kyla plans to become an ophthalmologist, and she broadly seeks to “make a difference in the lives of others.” It is this drive to inspire others that motivates Kyla.