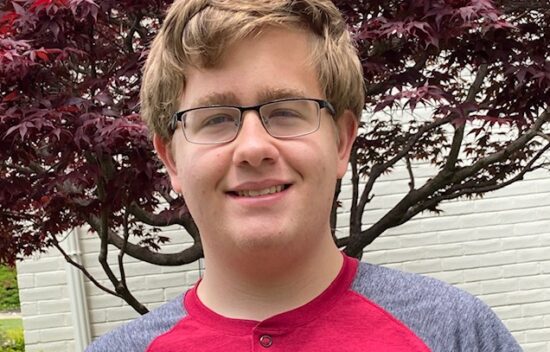 James Carroll, one of our recent Think the Vote debate winners, is a senior at St. Henry District High School in Erlanger, Kentucky. St. Henry’s is Northern Kentucky’s largest Catholic, college-preparatory, co-educational high school. AP Government and AP European History are James’ two favorite subjects, and he is also active on the Academic Team, the Japanese Culture Club, and the Creative Writing Club at St. Henry’s.

Although he doesn’t use social media himself, James says he would definitely follow his favorite president, Franklin Delano Roosevelt, if he were alive and on social media today.

James says his father has been the greatest influence on him, and the three issues he cares most about as a future voter are climate change, income inequality, and education reform.

As for future plans, James is unsure. “I ‘m still deciding what I will major in,” says James. “Currently I‘m thinking either psychology or political science.”