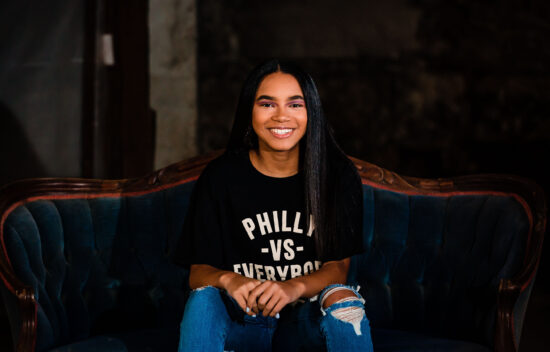 2022 My Impact Challenge first prize winner Isabella Hanson has made a point of pursuing her array of passions, ranging from track to Model United Nations, while attending Kennett High School in Chadds Ford, Pennsylvania. As a rising senior, she has the opportunity to get involved in numerous activities throughout her three years including her school’s humanitarian, feminist, and diversity and equity clubs.

Isabella’s project emerged from both her beliefs “in equality and the fair treatment of all Americans and the deaths of George Floyd and Breonna Taylor,” as well as her passion for language arts. She knew that “we could do better as a nation to live up to the ideals on which the country was founded” and took it upon herself to initiate change. Her advice to others follows the same mindset as she urges young leaders starting their projects or campaigns to never give up; “someone might think that they are too young to create change and [Isabella’s] response to that is to look around at all of the others who did.”

As far as who Isabella looks to for influence and inspiration, it is namely her mother. She “vividly remembers watching her mother work towards her own goals: which in turn inspired Isabella to put 100 percent effort into everything she does. Historically speaking, Isabella has long-admired Harriet Tubman for her displays of strength and perseverance.