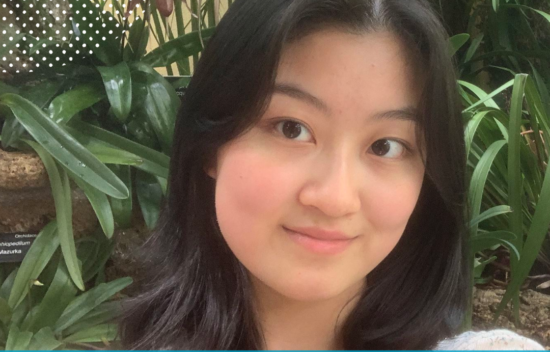 A 2022 We the Students Honorable Mention winner from Clifton Park, New York, Emily Zhou looks back fondly on the activities both inside and outside the classroom that she participated in throughout her time at Shenendehowa High School. A member of the school’s tennis team and Speech and Debate club, Emily always kept a busy schedule. Her favorite subjects include math, computer science, economics, and English. Of these four, Emily intends to continue with math and computer science in college.

If given the ability to follow a historical figure, assuming they were alive and on social media today, Emily would be sure to follow Marie Curie; the chemist and physicist who became the first woman to win a Nobel Prize. While a fan of Curie, the greatest influence in Emily’s life are her friends and family.

As a future voter, Emily is most concerned with bipartisanship, social programs, and investment in infrastructure among other issues.