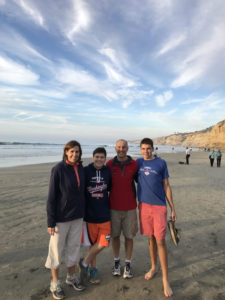 Eliot Waxman has had a wide variety of experiences working both as a teacher and in politics, all of which have shaped his opinions on the state of education in the U.S. “If we really want students to be lifelong learners in an ever-changing world, we need to give them authentic and rigorous opportunities. They need to be able to learn in ways that are meaningful to them,” he states. Throughout his career, Eliot has worked as a public opinion pollster, in the federal government’s community service programs, and as a teacher of a variety of high school government and history classes.

Eliot’s greatest influence during his career was his principal at Oakton High School. “He set a vision for the school that challenged the status quo and had us think about what education in the 21st century should look like. He then trusted his staff to implement the vision in the way they thought was best for the students,” Eliot recalls. One of Eliot’s proudest achievements was when he helped create a student debate during the 2008 presidential election that was aired on C-SPAN.

Eliot especially enjoys teaching the Campaigns & Elections unit to his government classes. “I was a political consultant before I became a teacher and I like to share my experiences with the students. I particularly like to see students engaging with their elected representatives and discussing the relevant issues of the day, especially with their parents,” Eliot says. He is very interested in helping students become “effective citizens” and ultimately views it as one of his responsibilities as a teacher.