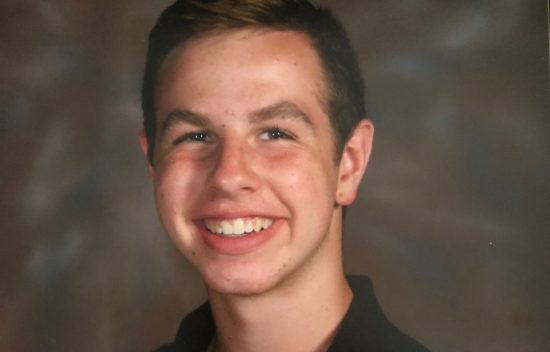 Elijah Roth, one of our 2021 We the Students Essay Contest runner-up winners, has explored a wide range of interests — from U.S. History to percussion — while attending Oak Ridge High School in Tennessee. As a senior, he has had the chance to be involved with many clubs including Boy Scouts of America as well as his school’s band and show choir. Elijah’s love for music is not only apparent through his activities, but also through the admiration he has for his former snare teacher, Andrew Godfrey. Elijah cites Mr. Godfrey as his greatest influence and credits him with “teaching [him] how to channel enthusiasm, passion, and rehearsal skills.”

In addition to band, one of Elijah’s favorite classes is history. A historical figure he has become particularly interested in is former Prime Minister Winston Churchill on account of Churchill being known as a witty and bold personality. For that same reason, Elijah would follow him on any social media platforms Churchill were to use if he were alive today.

There are numerous issues that are particularly important to Elijah as a voter, but one topic at the forefront for him is the economy, specifically the management of the federal budget and financial deficit. Hand in hand with that is Elijah’s hope for a greater level of government transparency with the public. He notes how having the “ability to hold [the government] accountable” is of paramount importance. Additionally, Elijah cares about ensuring that we have safe and effective law enforcement.

Elijah’s future plans include continuing his passion for percussion by playing year-round and attending college for percussion performance as well as computer science.