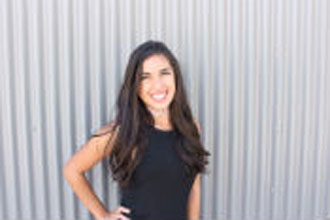 Danae is currently a senior attending Centennial High School in Las Cruces, New Mexico. Her involvement in her school’s symphony orchestra, student government, National Honors Society, Key Club, and Interact Club have developed her as a young community leader. Her greatest achievements have come through her involvement in her high school’s orchestra and student government.

Danae notes that her involvement in the We the Students essay competition, Constitutional Connection, and 2016 Constitutional Academy has, “broadened her familiarity with current issues and opened her mind up to new ways of thinking.”

This summer, she had an opportunity to participate in a naturalization ceremony as part of the 2016 Constitutional Academy. She described this experience as an, “amazing scene to see such a diverse population be so overjoyed to become United States citizens,” and thought that Constitutional Academy as a whole “was a life-changing event.”

Danae will be graduating in 2017 and hopes to attend Baylor University. After university, she wants to help people by practicing as a pediatrician surgeon both locally and internationally, later going on to work in health policy.