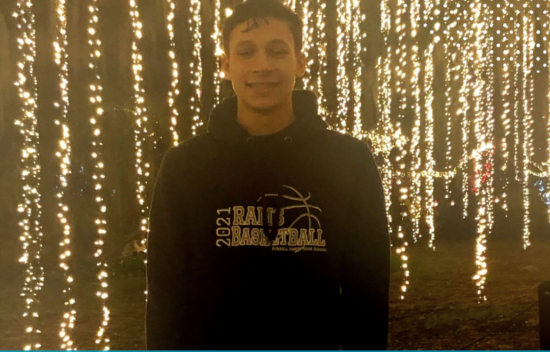 Brayden Wilkins, a rising junior and 2022 We the Students Honorable Mention winner from Pembroke, North Carolina, is actively involved in numerous clubs at his high school. In addition to playing for the school’s basketball team, Brayden is a member of the agriculture club. He has a passion for chemistry and math, and is already preparing to further pursue the subjects by attending the North Carolina School for Science and Mathematics for his final two years of high school. Afterwards he plans to study engineering in college.

Beyond science and math, Brayden is also interested in historical figure Alexander Hamilton, who he would follow on social media if Hamilton were alive and on social media today. Despite Brayden’s varying interests, something that has remained constant is the influence that Brayden’s grandparents and great-grandparents have had on his life. He describes their influence as being “essential to his foundation.”

As a future voter, the three issues that Brayden is particularly concerned with include the advancement of democracy in foreign affairs, protection against the infringement of rights found in the U.S. Constitution, and promoting the importance of education in his generation.