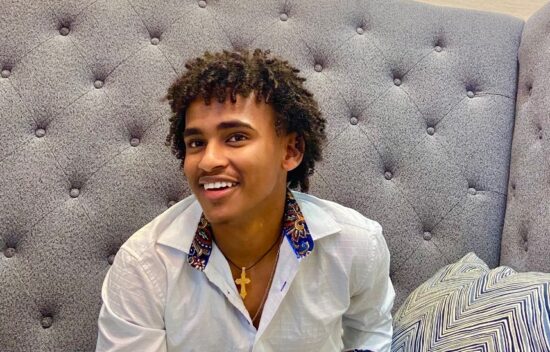 Hearing someone call themselves their hero might make some people do a double take. But after he was able to leave a refugee camp with his family to make it to America, it might make a little more sense why Beneyham Hassen considers a version of himself his hero.

“A real-life hero that I look up to is me in 10 years,” said Beneyham, a student at Jefferson High School in Sioux Falls, South Dakota. “He reminds me that I will make it through.”

Beneyham also considers the comic book character The Flash a hero “because he has immense happiness in a life that would turn many evil.

“I wish to do the same and be able to smile regardless of what is going on in my life,” he said.

Beneyham tries to give back to his local community by participating in peer tutoring and Best Buddies. He is also the captain of his school’s speech and debate team. This makes sense since Beneyham said, “I also really enjoy debating and arguing for no reason at all.”

Beneyham recently placed in the top 30 in the spoken word division and the top 60 in the poetry division at the National Speech & Debate Association tournament. He plans to attend college and law school at New York University or Columbia University, and he also aspires to be an actor.