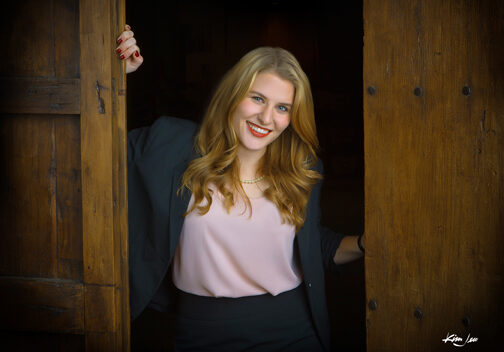 Annika Cushnyr is a sophomore at the Central Michigan University Honors College, and is double-majoring in French and Political Science with a concentration in International Relations. She is a former intern for Senator Tom Udall, a current Resident Assistant at her university, and is involved in the Sigma Sigma Sigma sorority. Annika is described by her friends as “determined, ambitious, and organized.”

Annika was initially introduced to the Institute through the “We the Students” essay contest in 2015. Annika deepened her involvement in BRI by attending Constitutional Academy in the summer of 2015. She described the academy as, “an incredible week that forced her to think about issues from many different viewpoints. It was a rewarding experience to be surrounded by individuals that are passionate about the same topics as me, even though we may have disagreed on major issues.”

Of great importance to Annika is the Constitutional principle of “equality under the law.” In her mind equality, should be at the heart of all decisions made by policy-makers. The principle of equality connects to Annika in a more concrete way to her current and future career. Beginning in 2017, Annika will have the opportunity to be CEO of the non-profit Bridges to Tajikistan, whose mission is to build connections, create opportunity, and advance education for youth in both the U.S. and Tajikistan.

Annika will be studying abroad in Sweden during the Fall semester of 2017, and hopes to continue her international focus by studying in France the following Spring. Annika plans to attend law school upon the completion of her bachelor’s degree. After law school, she would like to work within the field of international human rights.