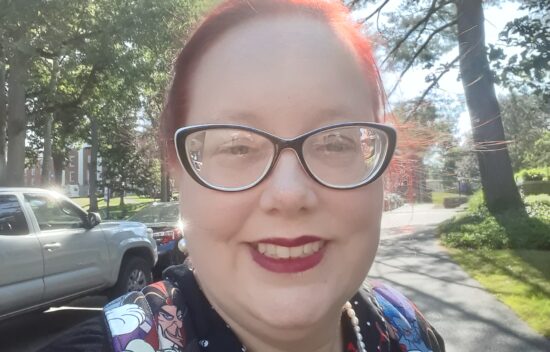 George Washington is the person from U.S. history that Anne Hester admires the most. “He, more than any other President, created what we think of today about that role and how it is performed by those who have served.” It’s no surprise then that designing the pin for the George Washington Teacher Institute is one of her proudest achievements.

The BRI teacher council member has been teaching for seventeen years but is only in her third school–East Lee County High School in Lehigh Acres, Florida. She was also proud to be chosen a 2016 James Madison Fellow.

Anne says she knew she wanted to be a teacher when she was little and would teach her dolls whatever she learned at school that day. The U.S. History and American Government teacher also says her biggest influence was her father. “He worked hard his entire life to provide for his family and always did everything he could to support me and my education,” she says.

Anne has attended several Bill of Rights Institute seminars over the years. One of her favorites was on the First Amendment and Freedom of Speech. “I think what I like most about the BRI seminars,” says Anne, “is that the topics are relevant to what I teach, they are timely (relating to current events) and collegially Socratic, so I learn from the material as well as the experts and the other participants.”